The actor joined in the #SareeTwitter trend that has become a rage on the micro-blogging website by sharing a snap of himself sitting on a scooter wearing a blue coloured saree over a white tee. 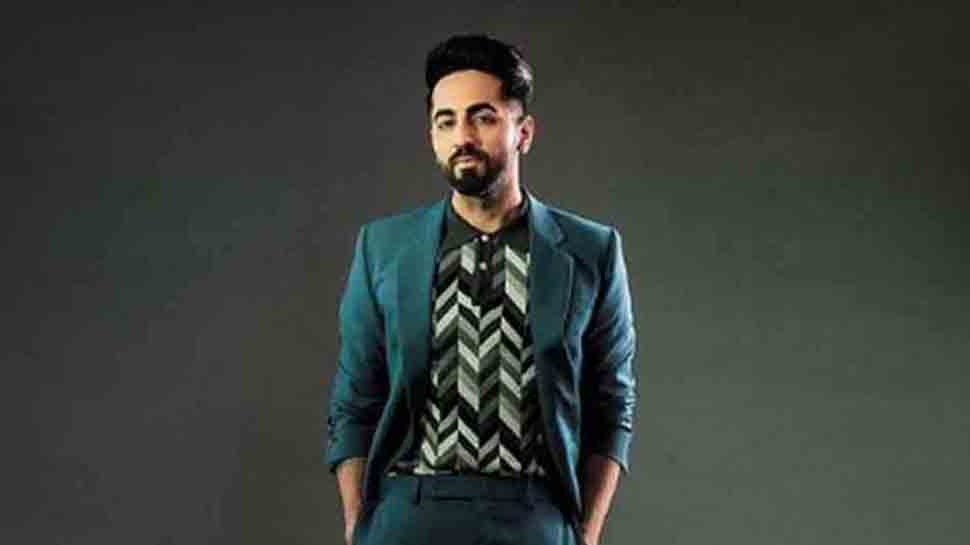 New Delhi: Ayushmann Khurrana, who won hearts with the role of a fearless cop in his latest outing 'Article 15', is now making fans roll in the aisles with his latest avatar on social media.

The actor joined in the #SareeTwitter trend that has become a rage on the micro-blogging website by sharing a snap of himself sitting on a scooter wearing a blue coloured saree over a white tee. He was also wearing a set of bangles and rubber slippers.

This is not the first time that Khurrana sported the Indian traditional attire, in December he posted a similar kind of photo where the 'Vicky Donor' actor was wearing yellow coloured saree over a white tee.

He donned the look in the first poster of 'Dream Girl', his upcoming film, where he will be seen teaming up with his 'Vicky Donor' co-star Annu Kapoor.

'Dream Girl' left fans curious ever since it was announced with a promo video released last year.

The video showed Ayushmann discussing what to work on next with his team. While they come up with overdone content, the waiter suggests a script which the actor ends up loving and choosing for his next film.

Apart from Ayushmann and Annu, the film also stars 'Sonu Ke Titu Ki Sweety' fame Nushrat Bharucha. The two will be seen sharing screen space for the first time in the flick. The film will also see Manjot Singh, who was last seen in the `Fukrey` franchise, playing Ayushmann's best friend.

Backed by Ekta Kapoor, the film is being helmed by Raaj Shaandilyaa, and is slated to hit the big screens on September 13, this year.