The colourful capture features the trio with two posing with two kids on a backdrop filled with colourful balloons varying in sizes. 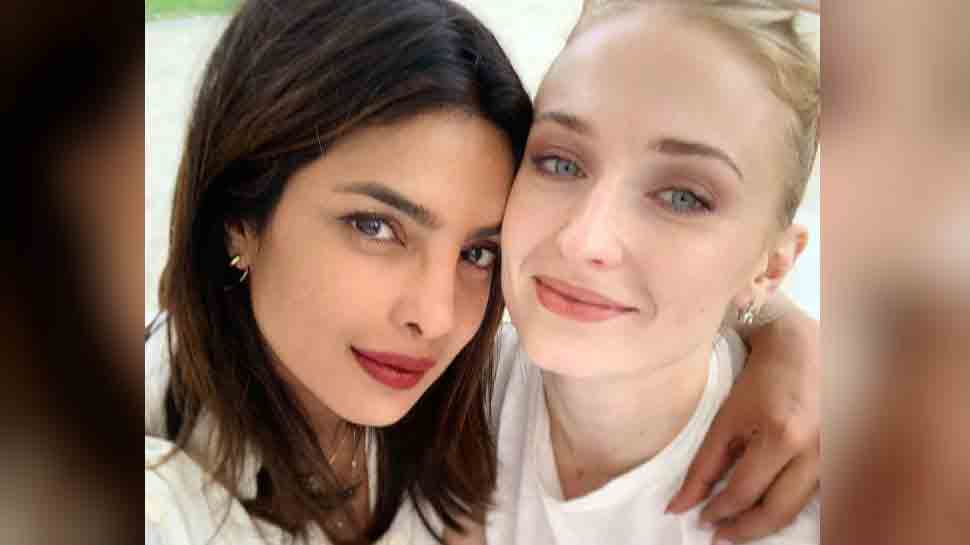 New Delhi: While Jonas brothers are winning over hearts on their 'Happiness Begins' tour, here's Priyanka Chopra, Sophie Turner and Danielle Jonas as the 'J-Sisters' taking over the Internet!

It seems like the bond is getting stronger and meaty between the three Jonas wives as they have been spending quite some time together now. And bringing out one such moment on Instagram, actor Priyanka called them "J-Sisters for life."

The colourful capture features the trio with two posing with two kids on a backdrop filled with colourful balloons varying in sizes. The wives are relishing some quality time on Nick, Kevin and Joe`s tour which kick-started on August 7.

A few moments later, she posted yet another still featuring a whole lot of people along with the trio couple. Congratulating the brother triad, Priyanka wrote, "Family. Happiness Begins sold out tour!! Crushed it! So proud of u guys!"

The tour commenced on Wednesday in Miami, Florida which will run till October 20. Prior to the tour, the Jonas` released their latest album carrying the same name in June which came after a long hiatus of ten years.

'Happiness Begins' is the trio's fifth album and marks their coming together after a long break.

Earlier this year, the brothers dropped two songs off the album which were titled 'Sucker' and 'Cool'.