Priyanka Chopra Jonas and Nick Jonas leave no stone unturned to impress fans with their stunning outfits. The duo once again grabbed attention at the Paris Fashion Week on Monday. 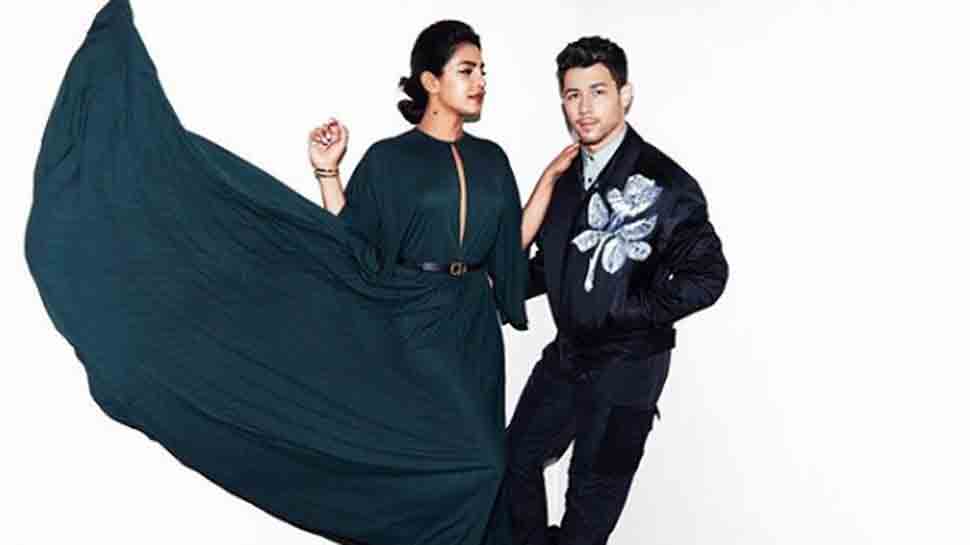 Mumbai: Priyanka Chopra Jonas and Nick Jonas leave no stone unturned to impress fans with their stunning outfits. The duo once again grabbed attention at the Paris Fashion Week on Monday.

Setting the temperature soaring, the 36-year-old actor looked gorgeous in an emerald green dress with pleats around the waist and a belt to go with it. While the 'Sucker' singer looked dapper in an all black pant-suit with a grey shirt to go with it to attend a Dior fashion show.

Priyanka posted a photo of the two posing with Maria Grazia, creative director of Dior and wrote, "Thank you Maria Grazia for an incredible evening. Congratulations."

Despite the two gorgeous ladies in the photo, Nick Jonas stole the show with his interesting 'cool guy' pose. He also taught the 'two-step' method of striking that pose perfectly. "That's my cool guy pose. Only two steps required... first put your hand on your torso awkwardly. Second, make sure your posture is super weird," he commented on the post.

The couple who were busy globetrotting recently attended the wedding of Joe Jonas and Sophie Turner in Provence.

Priyanka and Nick were joined by Wonder Woman star Gal Gadot and Shailene Woodley, Elisabeth Moss among other guests.

The two also never fail to support each other when it comes to their professional endeavours by giving social media shout-outs and attending each other's work events together, be it a film premiere or a musical performance.

On the work front, Priyanka is all set to make her Bollywood comeback with Shonali Bose's 'The Sky Is Pink'. Apart from that, she has also collaborated with American actor Mindy Kaling for a wedding comedy.

On the other hand, Nick recently reunited with his brothers Joe and Kevin and the Jonas Brothers have since been giving hit singles. Their first comeback song 'Sucker' was a major hit. The band's new album 'Happiness Begins' released on June 7 which also topped on Billboard Artist 100.