Music composer Lalit Pandit is also seen in the picture.

New Delhi: Legendary Bollywood actor Dilip Kumar celebrated his 97th birthday on December 11, 2019. The thespian even thanked his fans and well-wishers for their boundless love and affection. He took to Twitter and shared a tweet.

On this 97th birthday, calls and messages have been pouring in since last night-thank you! Celebrations are not important- your boundless love, affection and prayers have always brought tears of gratitude in my eyes. pic.twitter.com/1dYrHt1KCL — Dilip Kumar (@TheDilipKumar) December 11, 2019

Recently, a picture flooded the internet claiming that the man sitting on a chair happens to be veteran actor Dilip Kumar. Bollywood Actress and wife Saira Banu is also seen in the viral photo. However, the truth is that the person sitting on the picture is reportedly Aslam Bhai and the photo was clicked on Dilip Kumar's birthday ceremony. 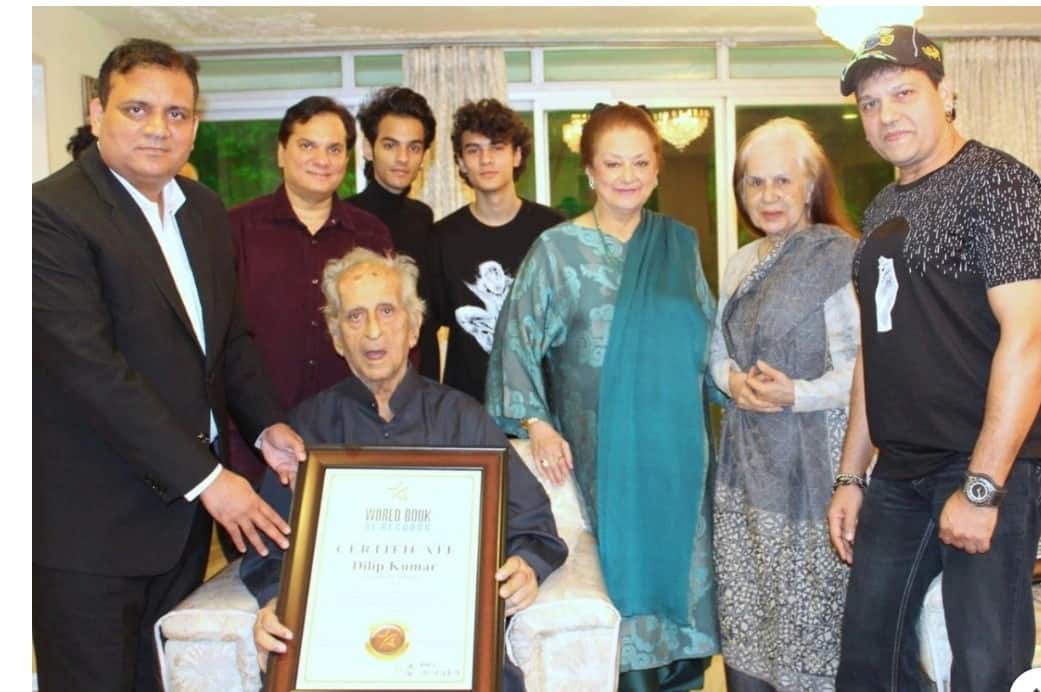 Music composer Lalit Pandit is also seen in the picture.

In 1991, Dilip Kumar was honoured with the Padma Bhushan for his contributions towards Indian cinema. In 1994, he received the Dadasaheb Phalke Award.