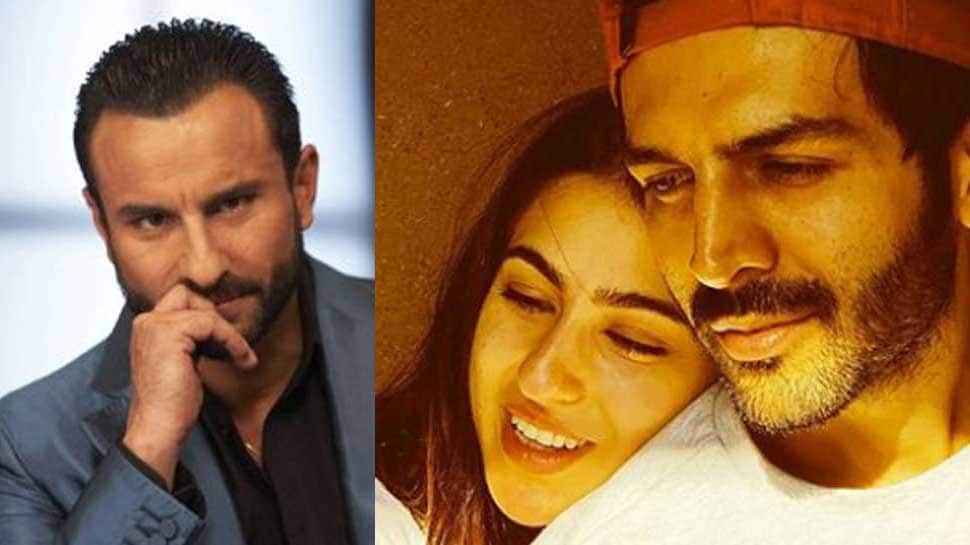 New Delhi: Rumours of the alleged 'It' couple of Bollywood, Kartik Aaryan and Sara Ali Khan calling it quits surfaced earlier today and fans are still heartbroken over the same. Kartik and Sara were rumoured to be dating each other for a few months.

Whether the reports are true or not, Sara's father and superstar Saif Ali Khan has now reacted to his daughter's rumoured relationship with Kartik.

In an interview with ETimes, Saif said, “In person Sara is good, she knows what she wants and usually likes nice people. So I'm sure he's (Kartik) a lovely guy because you know I have full trust in her values and what kind of things she would be drawn to. So you know, if she likes him, then he must be nice.”

As per reports, romance brewed between the duo on sets of their upcoming film 'Love Aaj Kal' sequel and post the shoot wrapped-up, the two were seen together on various occasions. The film, helmed by Imtiaz Ali is slated to release next year.

However, a Mumbai Mirror report had revealed that the two young stars have decided to end the relationship since they aren't able to take time out for each other owing to their career.