After Kangana Ranaut unveiled the much-awaited teaser of her biopic on late politician Jayalalithaa, the trailer of Ramya Krishnan's biopic titled Queen based on the life of the late CM of Tamil Nadu was unveiled soon 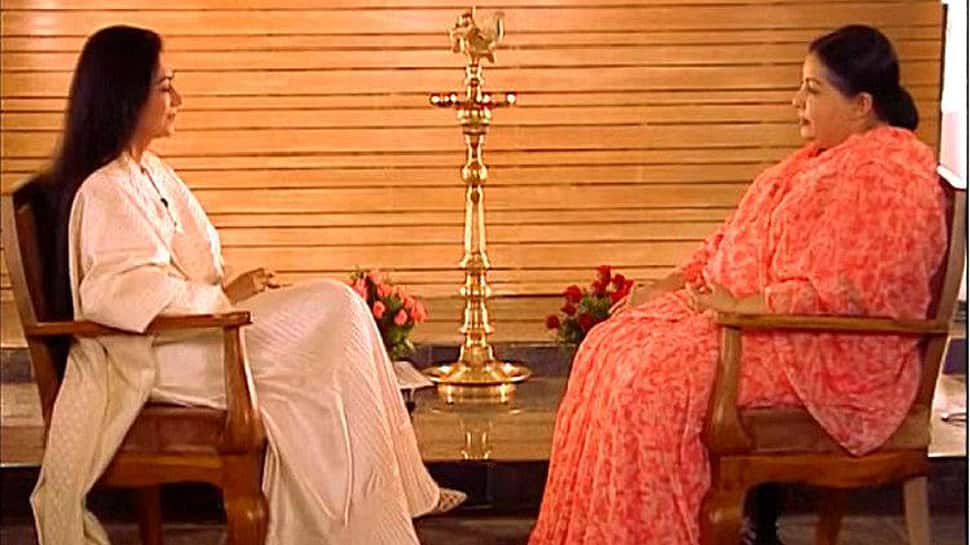 New Delhi: After Kangana Ranaut unveiled the much-awaited teaser of her biopic on late politician Jayalalithaa, the trailer of Ramya Krishnan's biopic titled Queen based on the life of the late CM of Tamil Nadu was unveiled soon. The latest reports suggest that veteran actress Simi Garewal, who had conducted a tell-all interview with the late leader, was approached by the makers of the web series to star in it. However, Simi refused it.

Talking to Mid Day in an interview, Simi revealed that she had moral reasons behind turning down the offer. “The makers called my office a few times, but it seemed wrong to enact my interview with a person who is no longer [with us]. It was out of the question because it would look forced, and it would be lowering my standard. I have my moral reasons to turn it down. But it is, in no way, reflective of the quality of the show. I wish the makers success in retelling the story of one of the most indomitable women of our times.”

The report stated that the director of Queen, Gautham Menon and Prasath Murugesan wanted Simi to play herself in the recreation scene of Rendezvous with Simi.

The filmmaker told the daily, "We wanted the interviewer on the show to be able to connect with Shakthi and bring out the most candid aspects of her life. Who better than Simi Garewal to do so? Her ability to empathise with the guests made her the perfect fit. However, it didn’t work out. We eventually cast Lillete Dubey. She makes for a great talk show host."

Ramya's portrayal of J. Jayalalithaa in Queen was lauded by the audience. The web series was even compared to Kangana Ranaut's film on the same subject, titled Thalaivi.