​"I wonder when such manipulative content will be banned from social media," Himansh Kohli said. 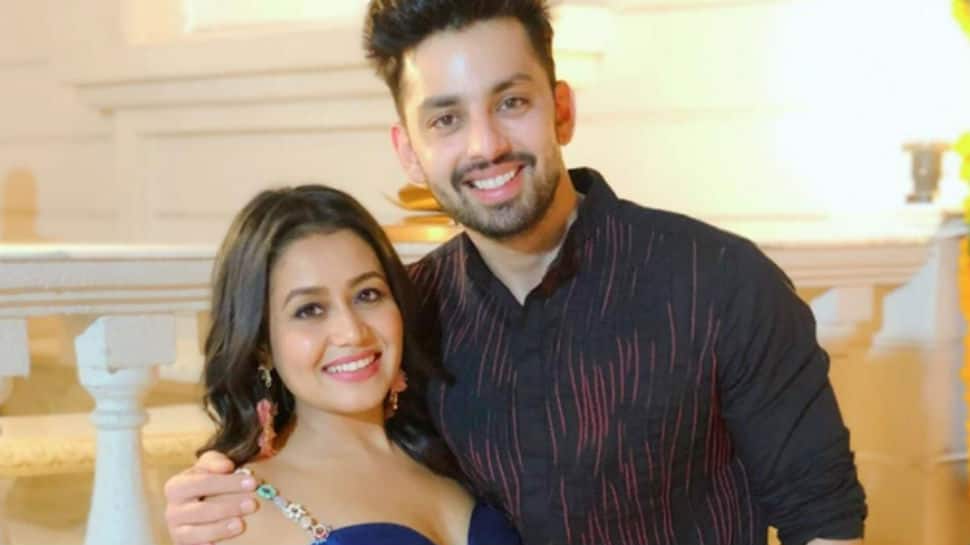 New Delhi: A video of actor Himansh Kohli is currently doing the rounds on social media that allegedly shows him apologising to former girlfriend Neha Kakkar. The singer recently got married to Rohanpreet Singh. The video, however, is "fake" and Himansh took to Instagram to call out people who have been sharing it.

"I wonder when such manipulative content will be banned from social media. And who is benefitting from all this nonsense? What's more upsetting is that people are sharing this actively. Please wake up and stop spreading the hatred and this fake post," he wrote on his Instagram Stories while posting an image of the fake video. 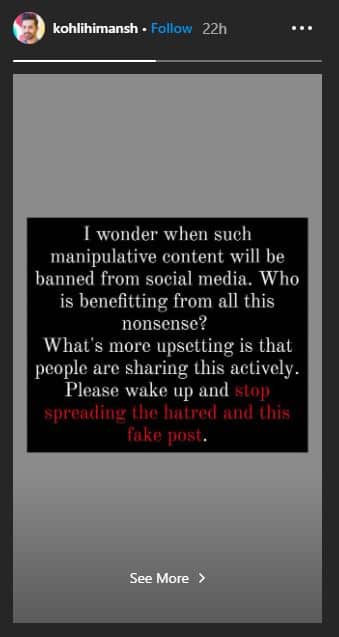 Neha Kakkar and Himansh Kohli broke up two years ago.

Neha is married to singer Rohanpreet Singh and they are currently in Dubai for their honeymoon.

Meanwhile, on the work front, Himansh Kohli made his Bollywood debut in 2014 with the film 'Yaariyan', opposite Rakul Preet Singh. He followed it up with films such as 'Sweetiee Weds NRI' and 'Ranchi Diaries'.