Hina Khan is a sight to behold in these pics

Hina is known for her flawless dress sense and her latest pictures have her showing off her 'Desi girl swag'. 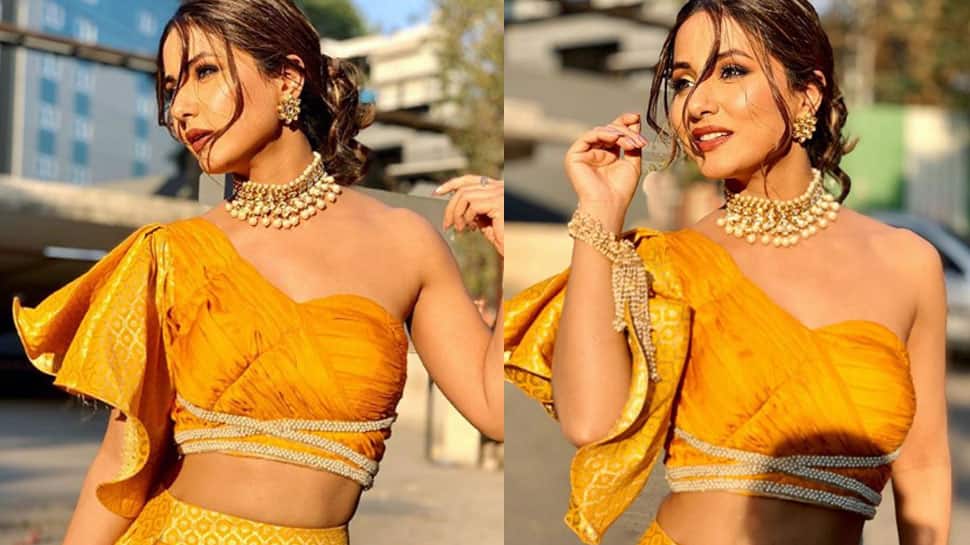 New Delhi: One of the most sought-after television actresses, Hina Khan grabs eyeballs each time she shares a new pic. Hina is a stunner in every sense and often leaves us bewitched with her social media posts. The actress posts regularly on Instagram, keeping her fanbase updated with the latest details of her life.

Hina is known for her flawless dress sense and her latest pictures have her showing off her 'Desi girl swag'.

The leggy lass is known to be a fitness freak and often posts workout videos and pics, encouraging her fans to adopt a healthy lifestyle.

It is perhaps the result of her vigorous workout sessions, that the actress has a perfectly toned body. Hina is seen playing the role of Komolika and people are loving her avatar.

On the personal front, Hina is dating Rocky Jaiswal and often shares pics and videos with him.