Actress Hina Khan shared fabulous photos of herself at the beach on her Instagram. 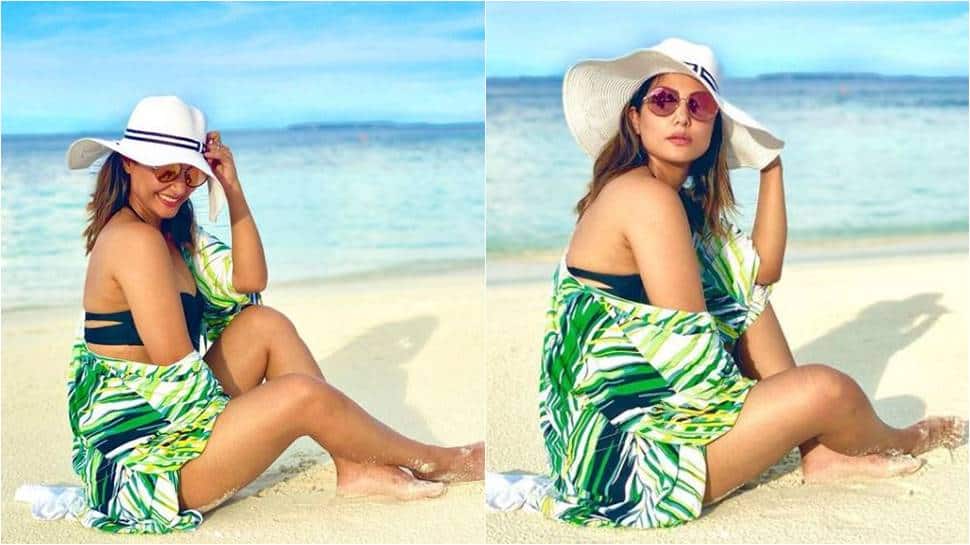 New Delhi: Actress Hina Khan frequently posts glam photos of herself on her Instagram account. She recently shared fabulous beach photos with her fans on Instagram.

Yesterday, the popular TV star added as many as six new entries to her beach photo diary. She is seen flaunting enjoying the beach vacation.

In Hina Khan's her post, she can be seen on the beach in a black bikini which she pairs with a green white and yellow shrug. An off-white hat and glares complete her beach look. These pictures yet again show the sun, the sand and the sea.

The actress, who never misses a chance to flaunt her fashion game, is on point once again as she looks like stunning. She is indeed one of the most stylish stars of the TV industry.

Her post in less than 24 hours has become an instant hit with her followers as they showered her with love-filled comments in no time.

Recently, she was spotted having the time of her life in Maldives and her vacation pictures are simply spectacular. Most of the pictures feature her in some stylish swimwear and all we can say is wow!

On the work front, after her stint in TV, Hina Khan debuted in Bollywood with the film 'Hacked' she had released in 2019. She was seen in the digital platform too with 'Damaged 2' and 'Unlocked: The Haunted App'.