Rocky, who was recently in Milan with girlfriend Hina Khan, took to social media to share their pictures from the vacation. 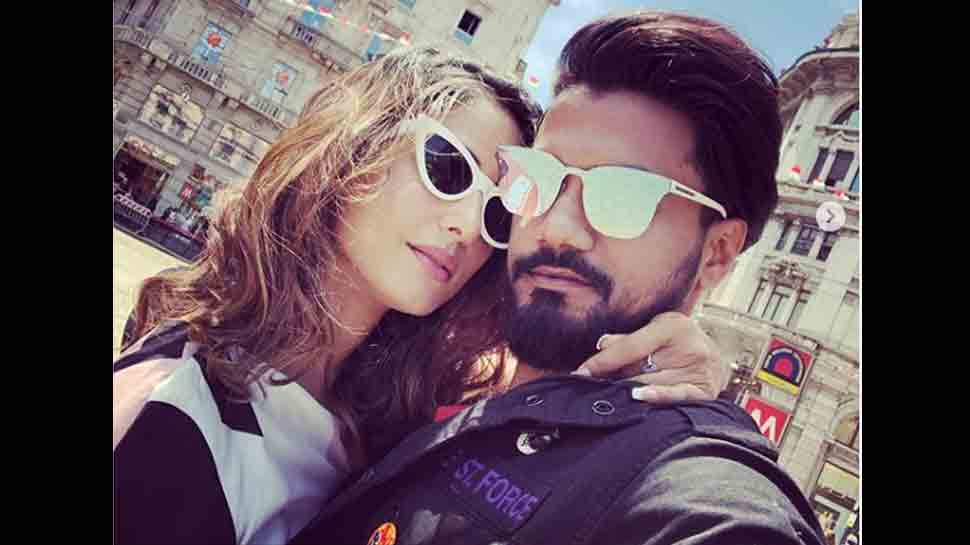 New Delhi: Former 'Bigg Boss 11' finalist Hina Khan and Rocky Jaiswal have been going strong with each other even after so many years. The duo met each other on the sets of popular television show 'Yeh Rishta Kya Kehlata Hai', where Rocky was the producer.

Romance brewed between the two, and even after so many years, the duo is still together. They made their relationship public last year when Hina participated in the reality show 'Bigg Boss 11'. And since then, the two have accompanied each other everywhere they travel.

It is to be noted that Rockey accompanied Hina to Cannes where she went to promote her film 'Lines', to across Europe where she filmed for 'Wish List'. He was also there by her side in London when Hina was shooting for her international project 'Doorman'.

Recently, Rocky took to his Instagram account and shared a few pictures from their Milan holiday. The two were there to promote Hina's upcoming film 'Wish List'.

Sharing their romantic pictures on Instagram, Rocky wrote, "An evergreen, everlasting love story with a pinch of new found self-obsession in between the shooting schedule of #WishList in #Milan."

An evergreen, everlasting love story with a pinch of new found self obsession in between the shooting schedule of #WishList in #Milan. @realhinakhan

On the work front, Hina is all set to make her debut in Bollywood with 'Lines'. The film is based on the backdrop of Kargil war. It is reportedly a love story set in Kashmir. Hina, who originally hails from the Valley, will be seen playing a character named Nazia.

Apart from 'Lines', Hina will also be seen in another film titled 'Wishlist'. The film is directed by Rahat Kazmi and also stars actor Jitendra Rai.

Hina made waves with her impressive portrayal of the iconic TV character Komolika on Ekta Kapoor's 'Kasautii Zindagii Kay 2'. But she bid adieu to Balaji Productions' daily soap to enter the world of movies.