This television diva can wear anything and become a trendsetter and that's why her fans cannot stop crushing over her. 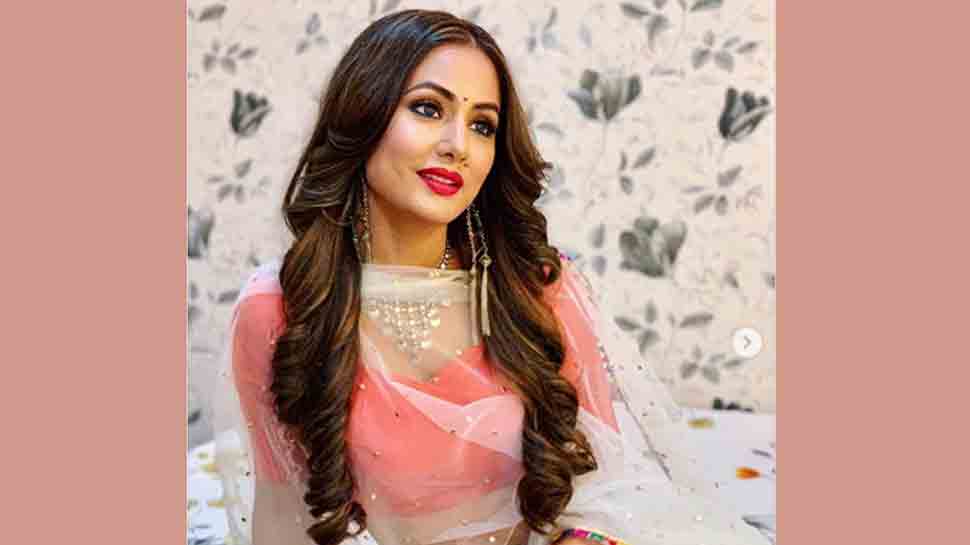 New Delhi: Former 'Bigg Boss 11' finalist and currently famous as 'Komolika', actress Hina Khan is one of the biggest names in the television industry. Hina is known to be a trendsetter and a headline maker from the beginning. She surely is one of the most loved television celebs and regularly shares pictures and videos on her Instagram to keep her social media family updated.

Apart from being a fitness freak, Hina is also known for her fashion and style. She often sets fashion goals for her followers with her eye-catching appearances.

Hina recently did a photo shoot with a publication and shared some of her pictures on her Instagram story. Hina, who is dressed up mostly in ethnic in the pics, looked like a royal princess and totally rocked the outfits.

Take a look at her pictures shared by her fans on social media:

OMG. Cannot get over this photoshoot. She is a perfect mix of cute & hot ___ #HinaKhan pic.twitter.com/Hrwr8OM3S7

Looking like a princess. Can totally rock ANY outfit __ #HinaKhan pic.twitter.com/YU6IJOK2ug

Hina became a household name after portraying the role of Akshara in 'Yeh Rishta Kya Kehlata Hai'. In 2017, Hina participated in reality show 'Bigg Boss 11' and became the first runner up. She is currently one of the highest paid actresses in the Indian television industry.

She is at present portraying the iconic character Komolika in Balaji Productions' 'Kasautii Zindagii Kay 2' and has fetched rave reviews for her performance.