Akshay Kumar and Twinkle Khanna, the most sought-after couple of Bollywood, have been married for 18 years. They are parents to son Aarav, 16, and daughter Nitara, 6. 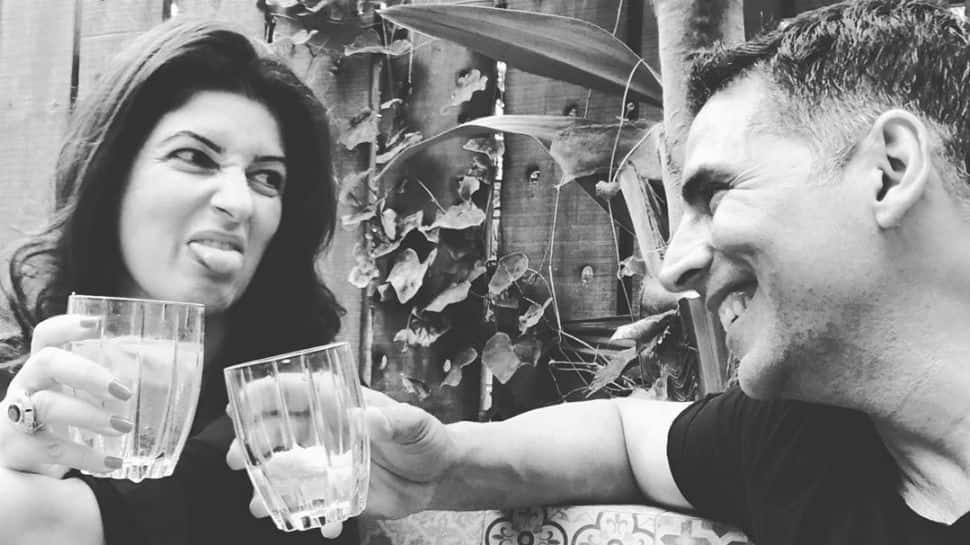 New Delhi: Superstar Akshay Kumar, who is married to actress-author Twinkle Khanna, told Hindustan Times that his wife has been a 'big help' in his career. Akshay, 52, is credited to some blockbuster films of the industry and in 2017, he won a National Award for 'Rustom'.

As of now, he is prepping for the release of his much-anticipated film 'Mission Mangal' and has films such as 'Housefull 4', 'Good News', 'Sooryavanshi' and 'Laxmmi Bomb' in the line-up.

Asked if his family and Twinkle have played a crucial role in his choice of films, Akshay told Hindustan Times, "Yes, my wife has been a very big help in my career. It's not that I have to discuss every script with her before I give it my nod, but she talks to me and I remember (those) things. She told me once, 'Koi zor zabardasti nahi hai, jo achha lage karo'."

Akshay and Twinkle, the most sought-after couple of Bollywood, have been married for 18 years. They are parents to son Aarav, 16, and daughter Nitara, 6.

Twinkle gave up a career in acting to work as an interior designer and she later turned an author. She has written three best-sellers - Mrs Funnybones, The Legend Of Lakshmi Prasad and Pyjamas Are Forgiving. In 2018, Twinkle produced Akshay's 'PadMan'.

Meanwhile, in his interview to HT, Akshay also spoke about taking up different genres and how exciting it is for him to juggle between the roles.

"All these things have been taught to me by my own experience. I've learned that if I do different genres, I won't be tagged. When I used to do a lot of action, everyone said, 'He is an action hero and nothing else'. So, I tried comedy, and then everyone was talking about just that. Then I decided I’ve to do different kinds of films."

Akshay's next film to hit the screens is 'Mission Mangal', which releases on August 15.