Even after their separation, Sussanne and Hrithik remained cordial with each other and are often seen hanging out together 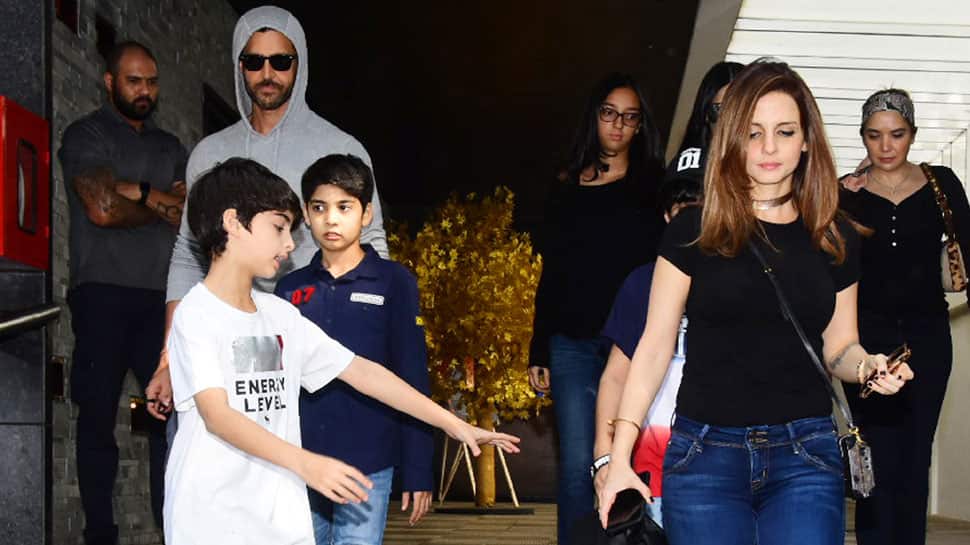 New Delhi: Bollywood actor Hrithik Roshan is gearing up for the release of his next film 'Super 30'. The film had been mired in controversies for quite some time and it was only a couple of days ago that Hrithik announced its release date on Twitter. The hunk of an actor was spotted enjoying a lunch date with his family on Sunday.

Hrithik was accompanied by his ex-wife Sussanne Khan and their sons Hrehaan and Hridhaan. The family was clicked outside restaurant Hakkasan in Bandra. 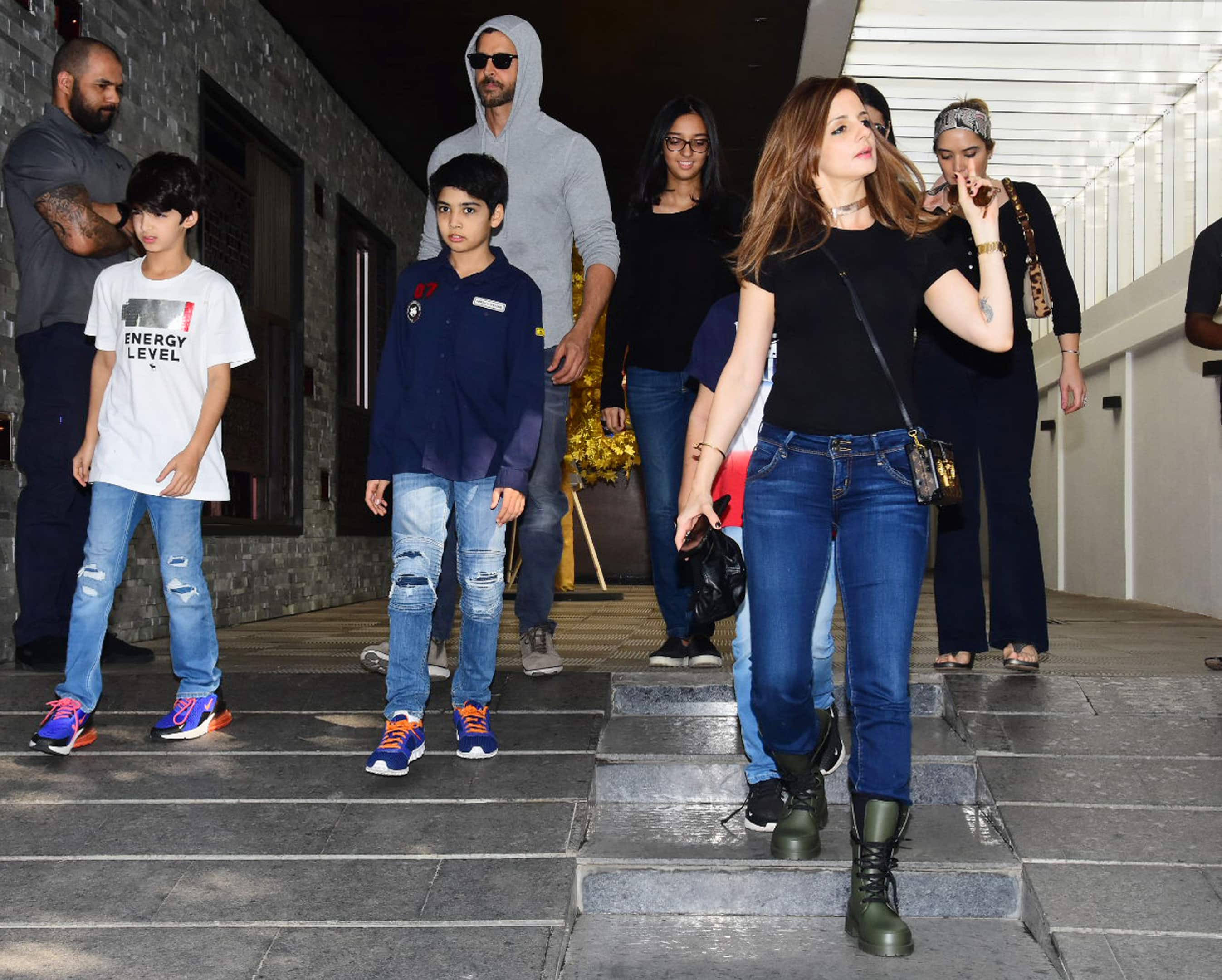 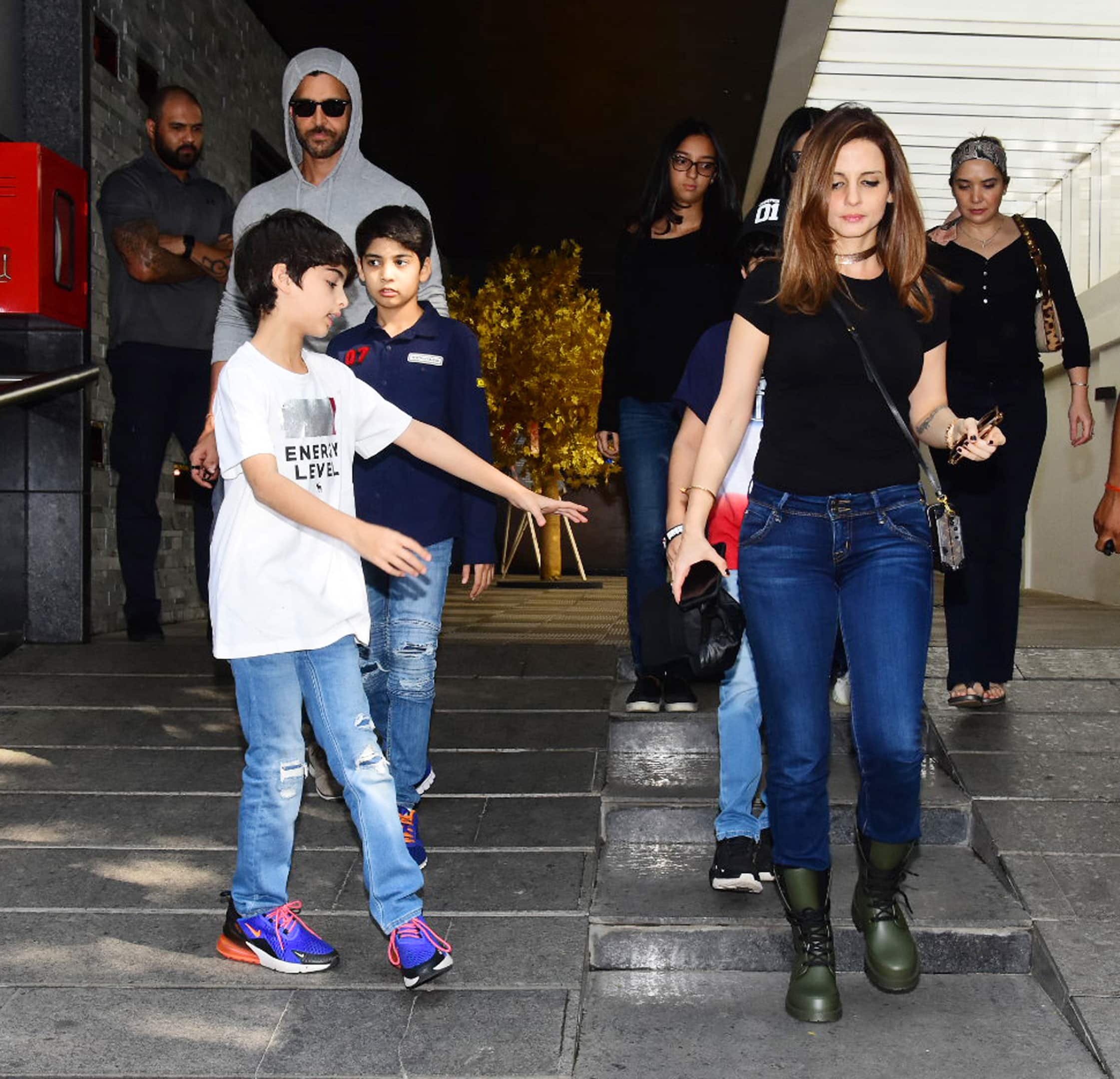 Even after their separation, Sussanne and Hrithik remained cordial with each other and are often seen hanging out together and backing each other up. The two are doting parents to their sons and are with them at every step.

Coming to Hrithik's next, 'Super 30', the actor will be seen in a completely different on-screen avatar and this is the first time that the actor will play a teacher on the reel.

The film will hit the screens on July 26 this year.