Although Hrithik and Sussanne called it quits in 2013, the couple continued to remain on good terms and co-parent their children, Hrehaan and Hridaan 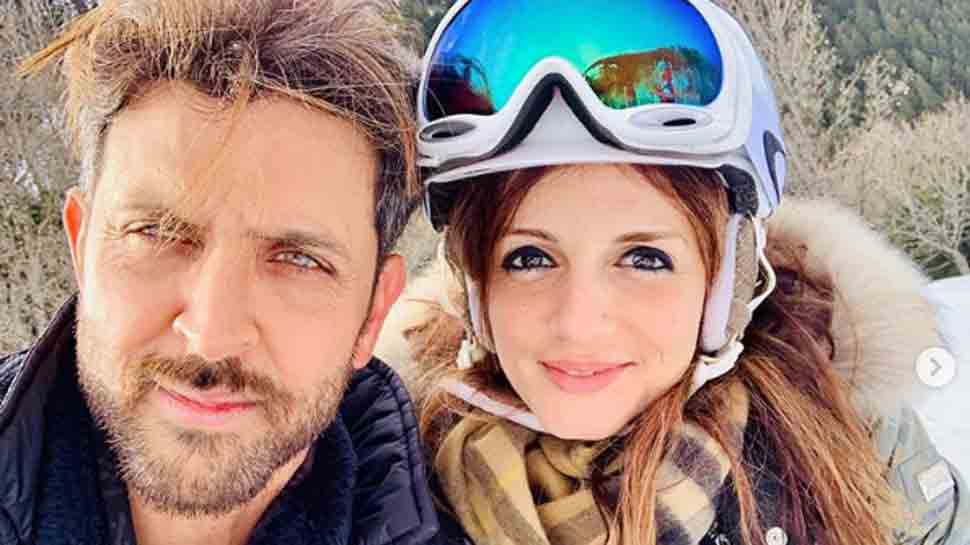 New Delhi: Hrithik Roshan is all geared up for his upcoming fim 'Super 30' to arrive in theatres and the actor has been touring across the country for promotional events. Recently, during an interview with GQ magazine, Hrithik opened up about his relationship with former wife Sussanne Khan and the relationship he shares with her, post their separation.

"It's a beautiful relationship. With our kids, with us as friends, it’s all about wisdom. One thing is for sure: Love can’t turn into hate. If it’s hate, it wasn’t love. The flipside of love… Is also love. Once you understand that, you’ll keep finding ways back into love," the actor told the magazine.

"In The Prophet, Kahlil Gibran talks about love being a temple that's held up by two columns. If the columns become one, the temple will topple. The further apart they are, and the stronger they are, the bigger the temple of love. So you have to respect each other’s individuality. It's vital to be self-sufficient in your emotional needs. So anything that comes from the other person is welcome, but you don’t demand it," he added further.

Hrithik and Sussane tied the knot in a private ceremony in Bengaluru in 2000. The couple has two children — Hrehaan and Hridhaan. The duo separated in December 2013 and their divorce was finalised in November 2014. Despite their separation, the couple continued to remain on good terms and are often seen spending time with each other and their kids.

On the professional front, Hrithik has also finished shooting for action thriller 'Fighters'. The film is directed by Siddharth Anand and produced by Aditya Chopra and also stars Tiger Shroff and Vaani Kapoor, Ashutosh Rana, Dipannita Sharma and Anupriya Goenka in key roles.

Hrithik reportedly plays Tiger's guru in the film and they have a face-off when pitted against each other. The film is scheduled for release on October 2, 2019.