I am hesitant about working in Bollywood, says DJ Nucleya

The DJ has now collaborated with director Anurag Kashyap for a song titled 'Paintra' from his upcoming film 'Mukkabaaz'. 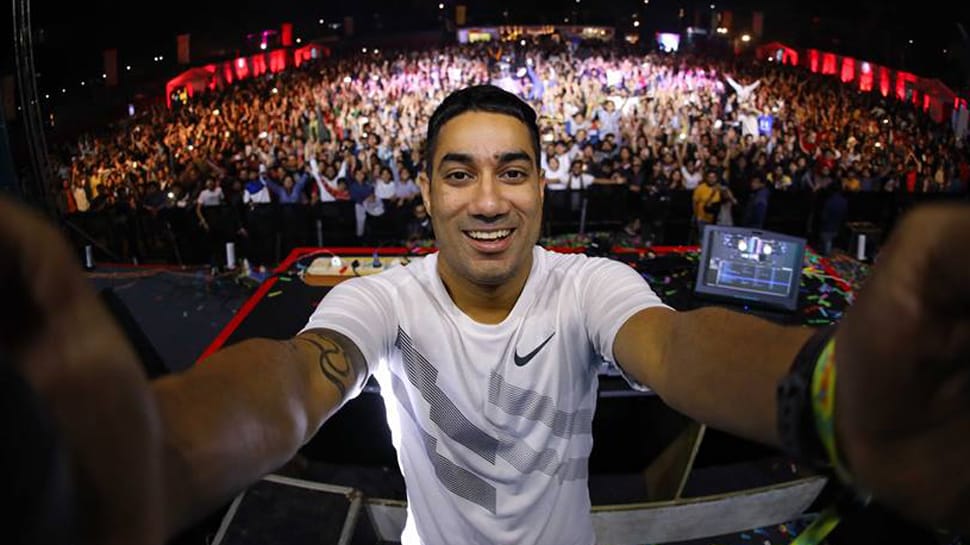 Mumbai: His debut Bollywood composition for Karan Johar's 'Kapoor and Sons' - 'Let's nacho' ? was a chartbuster but DJ Nucleya, says he is still not sure about creating music for movies.

The DJ, whose real name is Udyan Sagar, has now collaborated with director Anurag Kashyap for a song titled 'Paintra' from his upcoming film 'Mukkabaaz'.

"I am actually a little hesitant about working in Bollywood. I think Bollywood has enough attention and resources in our country which is why I choose to really focus on my independent releases and shows.

"What I like about Bollywood nowadays is how people are trying to push the envelope and Anurag Kashyap is at the forefront of that. I think audiences are a little more open minded now and filmmakers are acknowledging that and being more experimental with their projects," Nucleya says in an interview with PTI.

The makers of 'Mukkabaaz' recently released the song 'Paintra' that shows the journey and struggle of its leading man Vineet Kumar Singh.

"The song is basically about struggle and how you need to put in work to overcome obstacles and achieve your goals. It is a collaboration with Mumbai based rapper DIVINE whom I have worked with before," Nucleya says.

The DJ says he wishes to team up with music maestro AR Rahman at some point in his career.

"I would like to work with A R Rahman. I really look up to the work he has done in the past and I think the fusion of our styles could result in something really special.

"Also, Arijit Singh and Vishal Dadlani are good. I am already working with both of them outside of the Bollywood sphere but if the right opportunity arises I think we could make something cool within Bollywood itself as well."

Nucleya says the fact that the reach of Indian artists is growing immensely makes him confident about the future of performers from the country.

"While it's great to see international talent coming down to India and seeing the potential in the Indian market, Indian artists and their reach has grown exponentially over the last five years. This upward trend will continue and the Indian talent will continue to shine."

The DJ believes it is important for independent artists to create something unique to get noticed.

"The biggest thing for independent acts is to try to remain as unique as possible. Create something new that people have not heard before. Do not try and ape the west because all that has been done before.
"Rather, try and draw inspiration from there and interpret it in your own special way which will result in something completely unique," he says.