I cried while giving my first shot with Dharamendra sir: Kriti Kharbanda 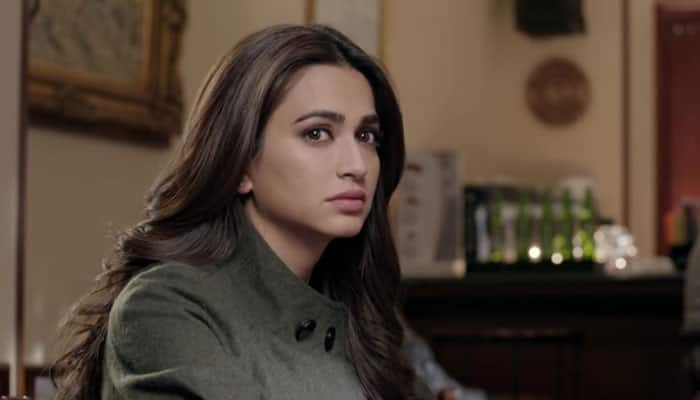 Kriti has joined the franchise and has already finished her first shooting schedule.

In an interview with PTI, Kriti says, "When I did a scene with Dharam sir for the first time, I actually cried! I was very nervous, it was our one-on-one scene, where my back was facing the camera. The cinematographer noticed that I was in tears, it was an intense scene too and he said 'relax, don't worry'.

"Someone later told him that Kriti was crying as she was nervous about acting with you and he was like, 'Kharbanda, what happened girl'? He calls me 'Kharbanda', he doesn't like calling me Kriti. I find it very sweet, it's the first time someone has done that," she says.

Working with Dharmendra not only made the 28-year-old actor happy but also made her family proud.

"Never in my wildest dreams I thought I would work with Dharmendra sir. I remember the first selfie I took with him, I posted on our family WhatsApp group. My father couldn't stop beaming with joy. I could feel it. Everytime I see them proud, it makes everything so worth it," she says.

Kriti, who made her Hindi debut with "Raaz: Reboot" opposite Emraan Hashmi, featured in "Guest Iin London" this year. The actor is currently gearing up for the release of "Shaadi Mein Zaroor Aana", which also stars Rajkummar Rao.

"This year has been really good for me. 'Guest Iin London' didn't work but it got me more work, it helped me grow as an actor. One movie should lead to two movies and I am really happy for that.

"With time, I am getting to work with actors who are known for their work. I am liking that, enjoying every bit and I want to soak it all in. Sometimes I can't believe all of this is happening," she says.

"Shaadi Mein Zaroor Aana" is scheduled to release on November 10.

They're born with personalities: George Clooney on his twins