Amid speculations that the Narcotics Control Bureau (NCB) might summon filmmaker Karan Johar for questioning in the investigation over Bollywood-drugs links, the popular Bollywood director on Friday released a statement dismissing all allegations against him. 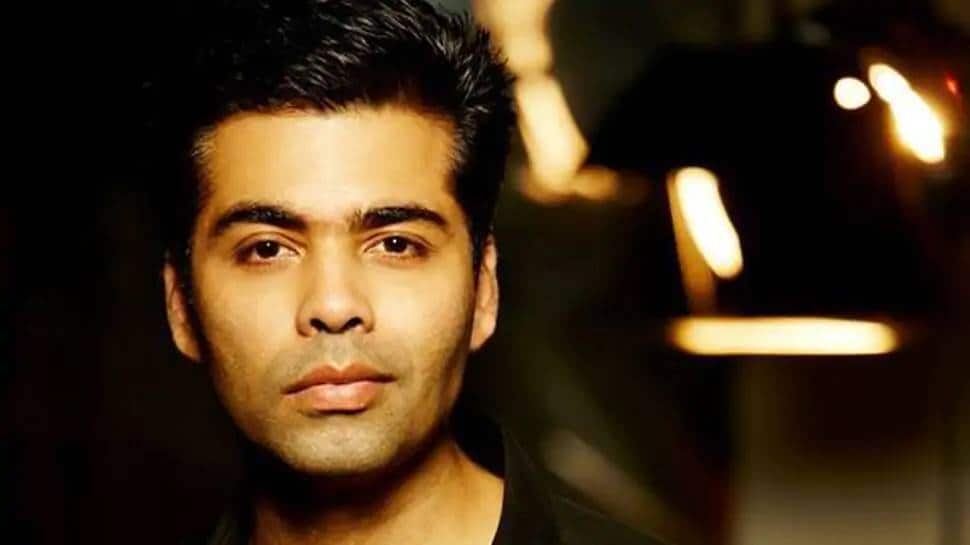 New Delhi: Amid speculations that the Narcotics Control Bureau (NCB) might summon filmmaker Karan Johar for questioning in the investigation over Bollywood-drugs links, the popular Bollywood director on Friday released a statement dismissing all allegations against him.

In his statement Karan Johar also claimed that he neither consumes narcotics nor promotes or encourages consumption of any such substance.

The statement read: "Certain news channels, print/ electronic media and social media platform(s) are wrongly and misleadingly reporting that narcotics were consumed at a party that I, Karan Johar hosted on July 28, 2019 at my residence.

"I had already clarified my position way back in 2019 that the allegations were false.

"In view of the current malicious campaign, I am reiterating that the allegations are completely baseless and false. No narcotics substance was consumed in the party. I WOULD LIKE TO UNEQUIVOCALLY ONCE AGAIN STATE THAT I DO NOT CONSUME NARCOTICS AND I DO NOT PROMOTE OR ENCOURAGE CONSUMPTION OF ANY SUCH SUBSTANCE.

"All these slanderous and malicious statements, news articles and news clippings have unnecessarily subjected me, my family, and my colleagues, and Dharma Productions, to hatred, contempt and ridicule."

Johar`s statement talks about Anubhav Chopra, a former assistant director with Dharma Productions, and Dharma Productions director and executive producer Kshitij Ravi Prasad who have been summoned in connection with the drugs cases link being probed by the NCB.

"I would like to further state that several media / news channels have been airing news reports that Kshitij Prasad and Anubhav Chopra are my "aides" / "close aides". I would like to place on record that I do not know these individuals personally and neither of these two individuals are "aides" or "close aides". NEITHER I, NOR DHARMA PRODUCTIONS CAN BE MADE RESPONSIBLE FOR WHAT PEOPLE DO IN THEIR PERSONAL LIVES. THESE ALLEGATIONS DO NOT PERTAIN TO DHARMA PRODUCTIONS.

"I wish to further state that Mr. Anubhav Chopra is not an employee at Dharma Productions. He was briefly associated with us for only two months in the capacity of 2nd assistant director for a film, between November 2011 and January 2012 and as assistant director for the short film in January 2013. He has thereafter never been associated with Dharma Productions for any other project.

"Mr. Kshitij Ravi Prasad joined Dharmatic Entertainment (sister concern of Dharma Productions) in November 2019 as one of the executive producers on contract basis for a project which eventually did not materialise."

Karan Johar concluded his statement by slamming the media for reporting distorted and false allegations against him. "However, in the past few days, the media has resorted to distasteful, distorted and false allegations. I hope the members of the media would exercise restraint else I will be left with no option but to legally protect my rights against this baseless attack on me," he wrote.

The case refers to a video shared by Johar on social media in 2019 which recently came under the scanner after the NCB initiated probe into Bollywood`s alleged drugs link and in the matter several top actresses such as Deepika Padukone, Sara Ali Khan, Rakul Preet Singh and Shraddha Kapoor have been summoned.

In the video, allegedly shot at a house party hosted by the filmmaker was attended by several Bollywood A-listers. The guests as visible in the video, include Bollywood stars Deepika Padukone, Ranbir Kapoor, Vicky Kaushal, Shahid Kapoor, Varun Dhawan, Malaika Arora, and Arjun Kapoor, besides filmmakers Zoya Akhtar and Ayan Mukerji.