I don't think I belong to film industry: Abhimanyu Dassani

"Mard Ko Dard Nahi Hota" revolves around a young man, who is insensitive to pain, goes on to learn martial arts to catch criminals. 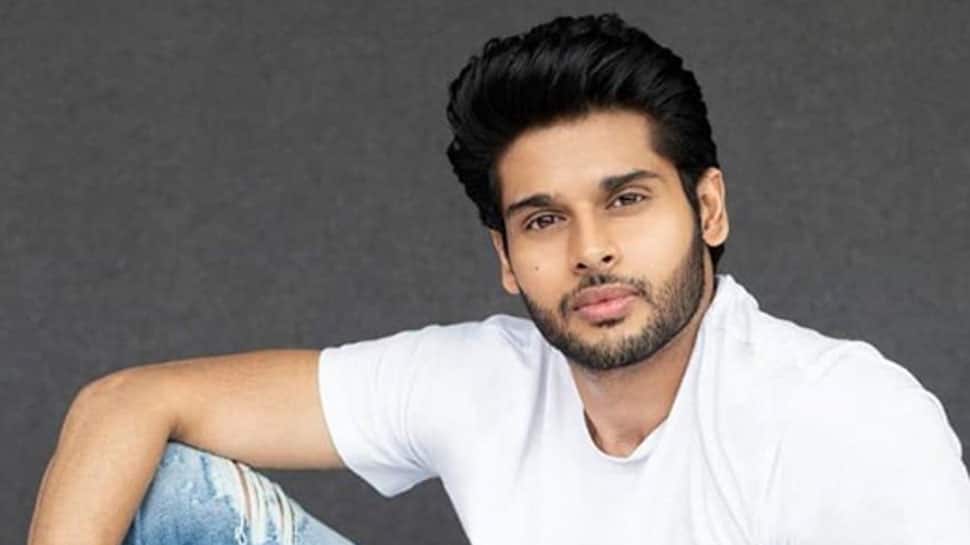 Mumbai: Actor Abhimanyu Dassani, who is gearing up for the release of his debut film "Mard Ko Dard Nahi Hota", feels that he doesn't belong to film industry as her mother Bhagyashree Patwardhan Dassani was part of Hindi film industry long ago and now people know him because of the trailer of his forthcoming action-comedy film.

Abhimanyu Dassani was interacting with the media to promote "Mard Ko Dard Nahi Hota" along with his co-actor Radhika Madan in Mumbai on Monday.

When asked whether he feels pressurised being one of the star kids who is making his entry into Hindi film industry, Abhimanyu Dassani, son of popular actress Bhagyashree Patrwardhan-Dassani, who featured in blockbuster film "Maine Pyar Kiya", said, "My mother was in the film industry almost 30 years ago, so I don't think I belong to this industry. People know me because of the trailer of my film and before that people didn't know who I was and where I came from into this industry."

"Mard Ko Dard Nahi Hota" revolves around a young man, who is insensitive to pain, goes on to learn martial arts to catch criminals.

Abhimanyu Dassani and his co-actor Radhika Madan has done some daredevil martial arts sequences in their upcoming film without using body doubles. Talking about his martial arts training, Abhimanyu said, "It was really difficult to do action sequences. We did training to pull off those action sequences for almost nine months and that too 7-8 hours every day. I learnt a lot in that process. I have grown watching martial art movies of Jackie Chan and Bruce Lee but for Radhika (Madan) to actually perform these stunts and give so much of effort was a commendable thing."

When asked whether Abhimanyu is worried about the clash between the two films, he said, "We are fan of Akshay Kumar sir since our childhood. We will watch "Kesari" first day-first show but I urge audience to see our film as well because it's a long Holi weekend."

"Mard Ko Dard Nahi Hota" is an action-comedy film, written and directed by Vasan Bala and produced by Ronnie Screwvala under his banner RSVP Movies.