I love you: Jahnvi Kapoor's emotional post on Sridevi's birth anniversary will make you teary-eyed

Sridevi died in February 2018 after accidentally drowning in her hotel bathtub in Dubai. She would have been 56 today (August 13). 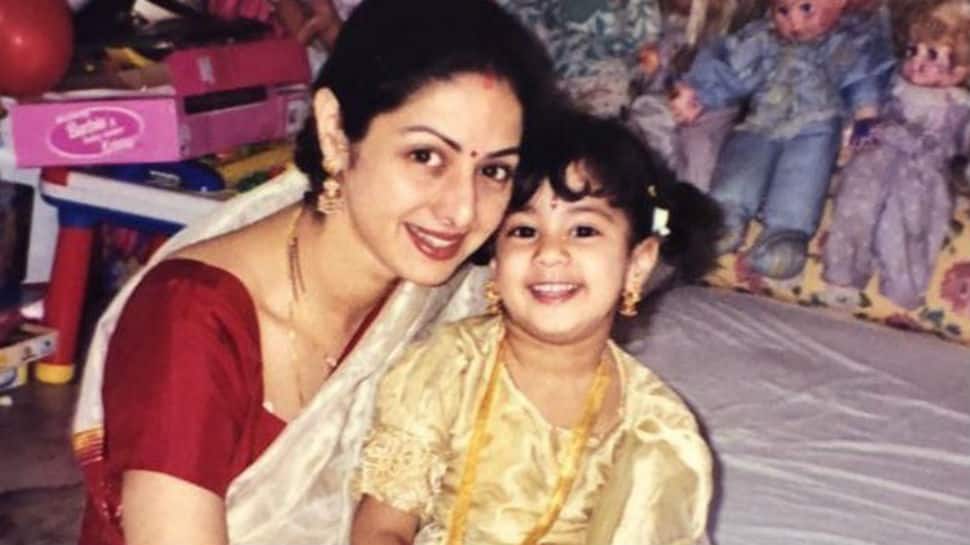 New Delhi: Actress Janhvi Kapoor's emotional post on her mother, late actress Sridevi's birth anniversary will make you teary-eyed. She shared a throwback photo of Sridevi with a heartwarming note which said, "Happy birthday, Mumma. I love you".

Sridevi died in February 2018 after accidentally drowning in her hotel bathtub in Dubai. She would have been 56 today (August 13).

Happy birthday Mumma, I love you

Janhvi also shared a picture of herself from what appears to be Tirupati temple, where she often goes to pray with her family. However, whether the picture is from today or an old one, is not clear.

Apart from Janhvi, Sridevi was also remembered by her sisters-in-law Sunita (wife of Anil Kapoor) and Maheep (Sanjay Kapoor's wife).

Sunita shared a lovely picture with the late megastar while Maheep posted a set of pictures of Sridevi with members of their family.

Sridevi was married to filmmaker Boney Kapoor. Apart from Janhvi, they also have a daughter named Khushi.

Sridevi's last film was 'MOM', for which was posthumously honoured with a National Award.