I'm playing one of the most difficult roles in 'Saand Ki Aankh': Taapsee Pannu

Actress Taapsee Pannu, who will be next seen in a film titled "Saand Ki Aankh", has said that playing the role of a sharpshooter is one of the most intense and difficult experiences of her career. 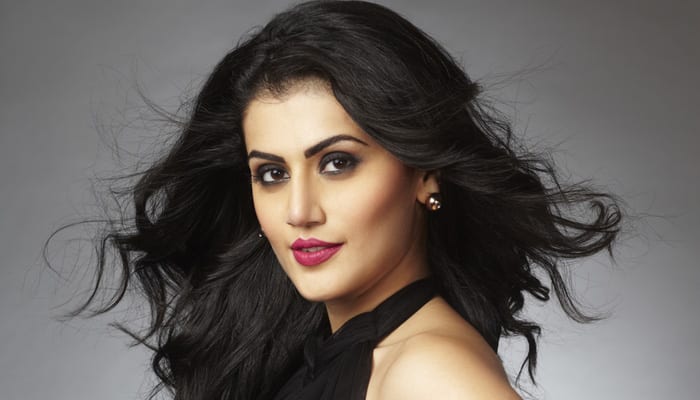 Mumbai: Actress Taapsee Pannu, who will be next seen in a film titled "Saand Ki Aankh", has said that playing the role of a sharpshooter is one of the most intense and difficult experiences of her career.

Taapsee was interacting with the media when she launched a book titled "Unread", an anthology of unpublished works by 100 Hindi and English poets, on Saturday here.

Talking about the film's shooting schedule, Taapsee said: "We have completed nine days of shooting. On March 8, which is the release date of 'Badla', I will fly back to continue shooting."

Sharing her experience, the actress said: "It has been an intense experience. I feel it is one of the most difficult roles of my career. I don't know how I am going to do it so, I am taking each day as it comes and trying to give my best."

"Saand Ki Aankh" sounds unique for a film title. Sharing the reason why the makers of the film decided to keep that name, Taapsee said: "'Saand Ki Aankh' means bulls eye in English but in the film, ours is a Desi family of shooters so that's why we kept that name."

Regarding the book "Unread", the actress said: "There are people whose books don't get published or they write as an interest or as a passion. So for people like them, it's a brilliant idea.

"It's interesting to see so many people coming together to write a book and I never come across something like that. It's really fascinating for me to see that 99 people have given their creative input to write this book. It must be a good read."

In "Badla", Taapsee will share screen space with megastar Amitabh Bachchan after their last movie, "Pink".

"I really admire one thing about his (Amitabh) personality is that he sleeps only for three hours in a day and does his work for the rest 21 hours at the age of 76. If I can even do half of his work at that age then, I feel I will be really successful."

Saand Ki Aankh' is being directed by Tushar Hiranandani and produced by Anurag Kashyap productions.

I don't blame, credit anyone for my success or struggle: Kareena Kapoor