Actress Ankita Lokhande, who has made her big screen foray with "Manikarnika: The Queen of Jhansi", is one of the few who have stood by the film's lead actor-director Kangana Ranaut. She says she feels almost like her on-screen character Jhalkaribai, who guards Rani Laxmibai -- the character essayed by Kangana -- as far as possible. 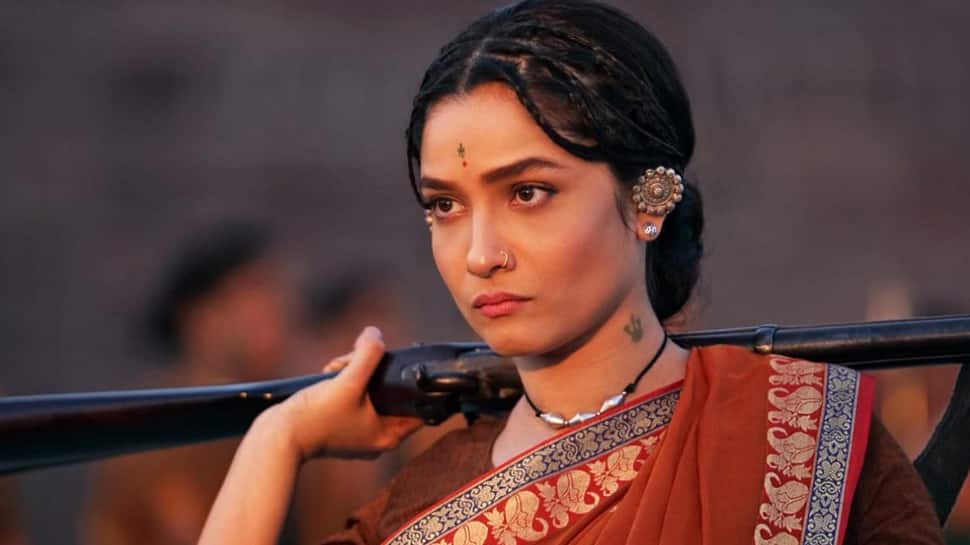 Mumbai: Actress Ankita Lokhande, who has made her big screen foray with "Manikarnika: The Queen of Jhansi", is one of the few who have stood by the film's lead actor-director Kangana Ranaut. She says she feels almost like her on-screen character Jhalkaribai, who guards Rani Laxmibai -- the character essayed by Kangana -- as far as possible.

The movie, which released last week, has been through its share of controversies. While actress Mishti Chakraborty has been vocal about being unhappy about how her role has shaped up in the final cut, Ankita says she has no reasons to complain.

"I don't really think I need to react on it. I am in a happy phase and that's how I am. We all have done hard work towards this film. Sometimes it is okay that results don't come out the way you expect them to, and I am not saying this just because I am getting praise.

"But even if it would have happened to me, I would have been positive. This is my debut film. I understand as an actor... I don't know, they may be going through something or they must be feeling something. I have always been positive about things," Ankita told IANS here.

For the "Pavitra Rishta" actress, "Manikarnika..." has been a great experience.

"I have loved 'Manikarnika...' and I have loved Kangana for what she is. Most of my scenes have been shot by her, and that's for sure. I respect her for that.

"I think I am becoming Jhalkaribai, and I am really guarding my Rani Laxmibai, because she is Rani Laxmibai... She has proved herself. I am playing my character here also in my real life. I am actually protecting Rani Laxmibai," Ankita said, asserting that she stands by Kangana amid all the brouhaha.

The actress spoke to IANS on the sidelines of the Lakme Fashion Week Summer/Resort 2019 edition here. She was excited to attend the gala.

"It was my first ever show here as a guest. I have always seen Lakme Fashion Week on phones, and this was the first time I was sitting here," she said, adding that she hopes to be a showstopper some day soon.

As of now, she is soaking in the joy of the love coming her way.

"I think it's beautiful. I didn't expect so much. It feels great when you do so much of hard work and you get it back.

"I am actually in that phase right now, where I feel it's like a new birth for me. People are loving me and blessing me," she said, adding that it is also the love of the film's team, which was the biggest takeaway for her from the project.

Ankita said she has new film projects in the offing, but she cannot talk about them yet.

What about web series?

"Not really, not now... I am enjoying this phase right now."

Tags:
Kangana RanautManikarnika - The Queen of JhansiAnkita Lokhande
Next
Story