Internet's favourite star kids and cousins Taimur Ali Khan and Inaaya Naumi Kemmu celebrated the festival of Holi in each other's company at Kareena Kapoor's home. Glimpses from their Holi celebrations found the way to the internet and have gone viral on social media. 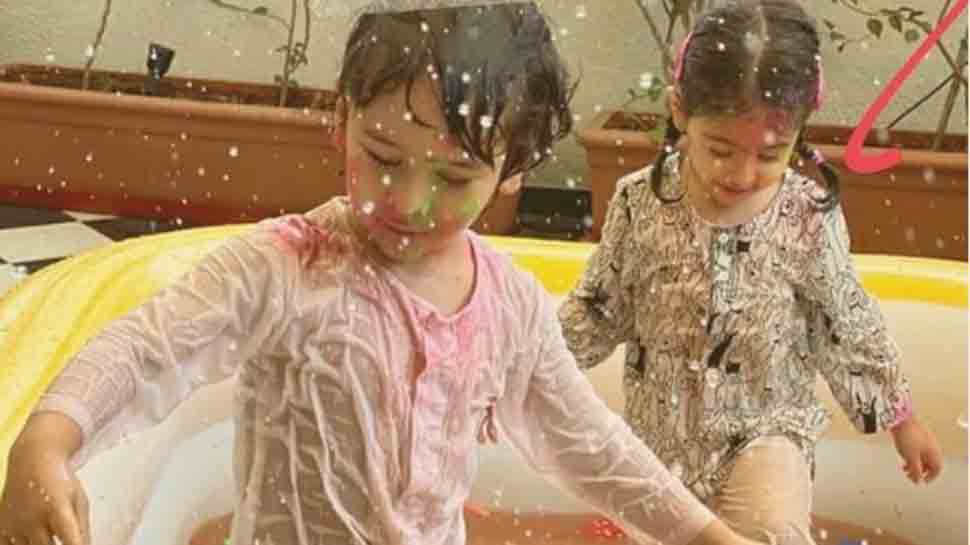 Among those who were seen arriving at her place were Soha Ali Khan, her husband Kunal Kemmu and her daughter Inaaya Naumi Kemmu. Kareena and Soha shared adorable photos and videos of their little munchkins from the Holi celebration. In the photos and videos that have gone viral on the internet, Taimur and Inaaya are seen enjoying their pool party to the fullest. In one of the videos, Inaaya can be seen applying colours on Taimur's cheeks.

In another photo, the little Tim Tim is seen posing with much swag and confidence in a complete white embroidered kurta set. Sharing the photo, Kareena wrote, "Stay safe people. Happy Holi from me (sic)." 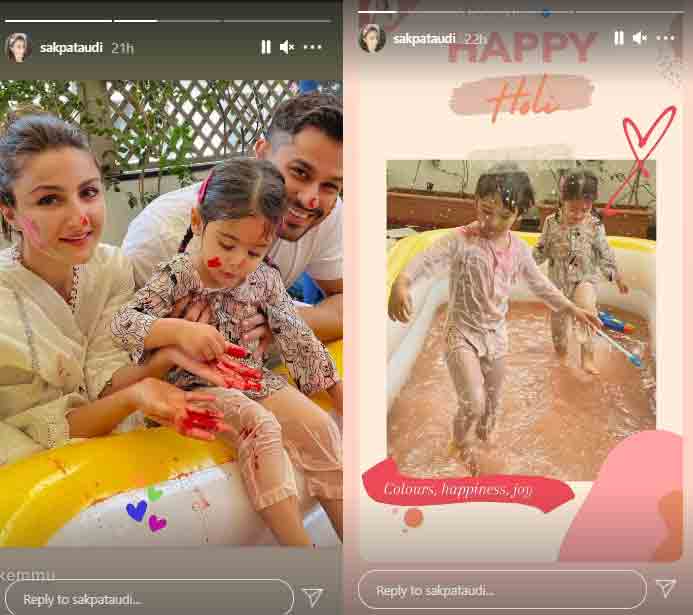 Only recently, Kareena Kapoor shared a throwback family photo from their London outing on Instagram. The photo featured the actress along with her husband Saif Ali Khan, Taimur, Karisma Kapoor and her two kids - Samaira and Kiaan, and their mother Babita Kapoor. Kareena wrote, "Always better together. PS: London, I can't wait to be back (sic)."

On the work front, Kareena has resumed work, almost a month after giving birth to her second son. The actress was recently spotted at a Mumbai studio where she reportedly shot for a cooking show. She will be next seen in Aamir Khan's 'Laal Singh Chaddha', which is set to be released during Christmas this year.