Shafqat Amanat Ali wonders why there is no exchange of artistic talent between India and Pakistan when all other trade between the two countries is intact. The Pakistani singer says the entertainment industry is a soft target and feels it is high time India lifts the ban that prevents Pakistani artistes from performing in the country. 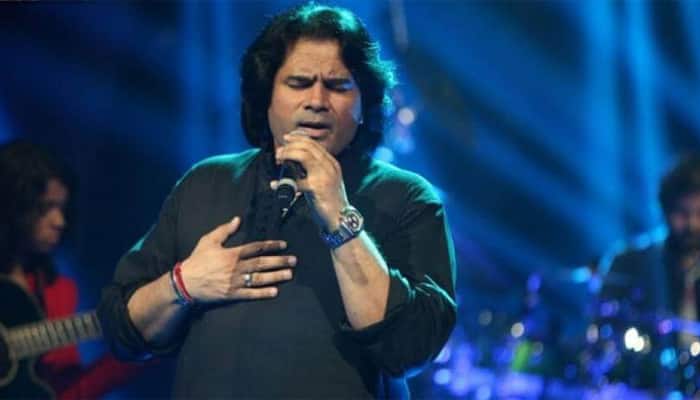 New Delhi: Shafqat Amanat Ali wonders why there is no exchange of artistic talent between India and Pakistan when all other trade between the two countries is intact. The Pakistani singer says the entertainment industry is a soft target and feels it is high time India lifts the ban that prevents Pakistani artistes from performing in the country.

"Art and entertainment industry is a soft target. They know that they can't fight back, so just ban it. It is very easy. Otherwise, there is lot of trade that is happening between India and Pakistan," Shafqat told IANS in an on the phone from Lahore.

"If you go to the Attari-Wagah border, one can see trucks bringing goods and exchanging goods from both the sides. That import and export business is running full-fledged. People are waiting with their trucks and are off-loading.

"If we stop that, it would lead to chaos. But they know that they if they put a ban on artistes or actors or people who are related to art, they will express themselves through media or social media platforms. Nothing else," added the singer, who has sung Bollywood film songs like "Mitwa", "Tere naina", "Allah waariyan", "Bin Tere" and "Dildaara".

The singer, who has now lent his voice to a song in TVF's upcoming web series "Tripling Season 2", asserts that there "is a lot of other stuff which we can do positively and we are not doing that".

Shafqat was expressing his opinion with reference to how in 2016, Indian film associations placed an unofficial 'ban' on Pakistani talent from working in the country.

In the same year, Pakistani film exhibitors and cinema owners had imposed a ban on the screening of Indian films in the country in the wake of heightened tensions with India over the September 18, 2016 terror attack at Uri. The ban was later lifted.

The Uri attack had led the Maharashtra Navnirman Sena (MNS) in Mumbai to give an ultimatum to Pakistani artistes to leave India. Zindagi channel withdrew telecast of Pakistani shows, and even the Indian Motion Pictures Producers Association (IMPPA) passed a resolution to ban Pakistani artistes from working in India.

As a result, Shafqat's Bengaluru concert got cancelled too in 2016. Since then, he has sung for Indian projects like "Mulk", "Ishqeria" and "Bhaiaji Superhit". But there have been no live shows.

Does he miss performing in India?

"Of course I do. If you talk to people who visited Pakistan to support their team in the last India-Pakistan match, (they will say) they went back after a very emotionally charged trip.

"They were given so much love. And we also received a lot of love, respect and appreciation for our work in India. I miss performing in India and it is high time that they lift the ban."