Of course Ranveer Singh wouldn't have missed the India vs Pakistan mega World Cup 2019 clash for anything in the world! 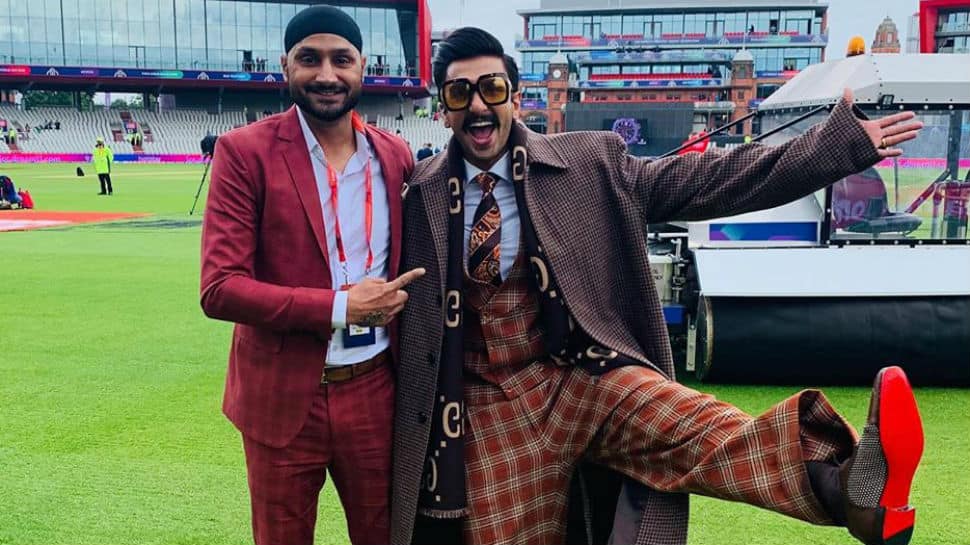 New Delhi: Yay! Ranveer Singh is there is in the house. Of course, he wouldn't have missed the India vs Pakistan mega World Cup 2019 clash for anything in the world.

India take on Pakistan at Emirates Old Trafford, Manchester, on Sunday, and the clash is one of the most-awaited matches of the World Cup and Ranveer, currently prepping for his upcoming film '83 in London, took time out of his busy schedule to cheer for the Men In Blue.

Trust Ranveer to do things differently and here he is giving us first-hand information of the weather and other details live from the stadium. "Look who gave a low down of the BIG CLASH between India & Pakistan LIVE from Old Trafford before the start of the game Ranveer Singh himself," tweeted BCCI ahead of the clash.

Look who gave a low down of the BIG CLASH between India & Pakistan LIVE from Old Trafford before the start of the game - @RanveerOfficial himself #TeamIndia #INDvPAK #CWC19  pic.twitter.com/NaNKOY5YEw

He also checked-in a selfie with none other than Virender Sehwag.

Look who's in the house  pic.twitter.com/Aw55hFImqM

Ranveer's swag is off the charts, always. Take a look at his photos with Harbhajan Singh. "Come on India, let’s do it today. Kya bolta hai Lala, Ranveer Singh - Gully Boys," the cricketer posted.

The 33-year-old actor's aforementioned film '83 traces India's World Cup victory in 1983. Ranveer plays Kapil Dev, who lead the team to the big win. The entire team of '83 is in London. Ranveer's actress wife Deepika Padukone also joined them earlier this week. She plays Kapil Dev's wife Romi in the film, directed and co-produced by Kabir Khan.

World Cup 2019: On Father's Day, Shah Rukh Khan and son Aryan are ready for India vs Pakistan match 'with spirit'