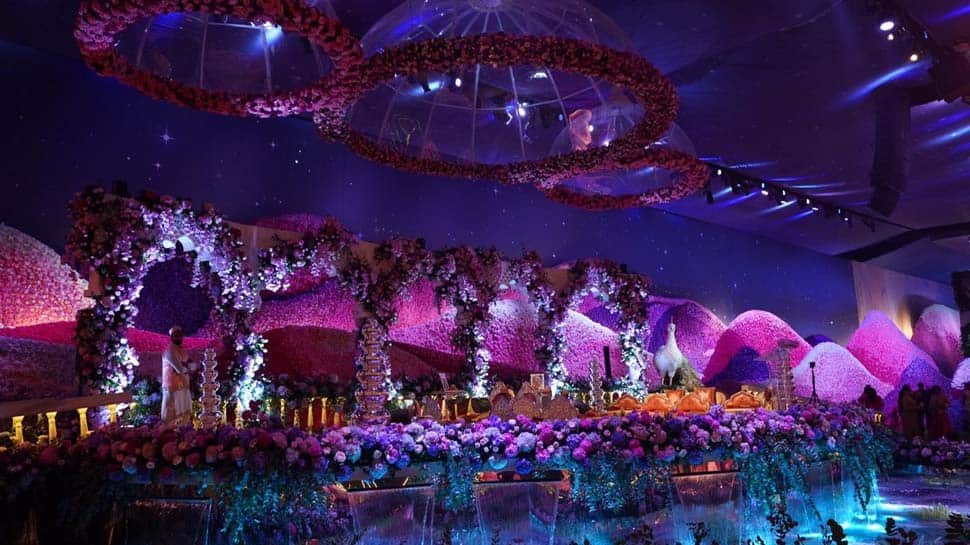 New Delhi: Business tycoon Mukesh Ambani and Nita Ambani's son, Akash Ambani is all set to tie the knot with his childhood sweetheart Shloka Mehta at the Jio World Centre in Bandra Kurla Complex in Mumbai.

The who's who of Bollywood along with some famous international figures Ban Ki Moon, Tony Blair have arrived for the big fat wedding of Akash and Shloka.

Meanwhile, we have got out our hands on some inside videos from the venue that has been adorned with beautiful floral decorations.

Akash and Shloka Mehta got engaged in 2018.

A week ago, the Ambanis hosted a star-studded pre-wedding party for Akash and Shloka in Switzerland.