Pakistani actor Saba Qamar, who played the wife of late actor Irrfan Khan in 2017 released 'Hindi Medium', shared a message on Instagram, stating that she is called off her wedding with fiance Azeem Khan. 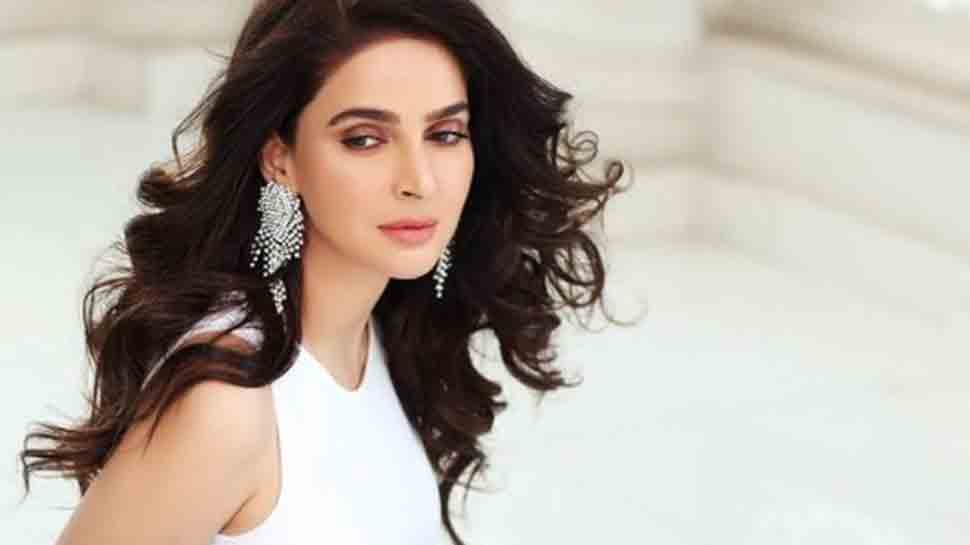 NEW DELHI: Pakistani actress Saba Qamar, who shared the big screen alongside Irrfan Khan in the 2017 Bollywood film 'Hindi Medium' has called off her wedding to Azeem Khan. The actress took to social media and shared a post announcing her separation. Saba, who was all set to tie the knot with Azeem, has decided to call off the wedding due to some personal reasons.

It is to be noted that Azeem is a blogger and entrepreneur.

Sharing the news, Saba shared a note on Instagram, writing, "Hi everyone, I have a very important announcement to make, due to a lot of personal reasons I have decided to call it off with Azeem Khan, ‘WE ARE NOT GETTING MARRIED NOW’ hope you guys will support my decision just like you all have been supporting me always, and I guess it’s never too late to realise the bitter realities! I also wanted to clear ONE IMPORTANT thing that is: "I have never Met Azeem Khan in my life we were only connected over the phone" It’s a very hard time on me right now but as we all know 'THIS TOO SHALL PASS' Insha Allah Much love to you all! -Saba Qamar." 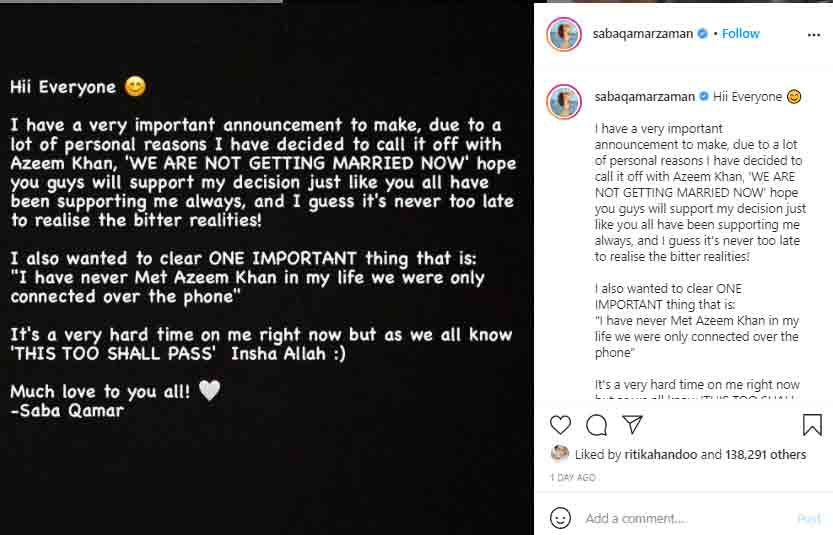 In his response to the post, Azeem too shared a note on Instagram stating that she deserves all the happiness. Moreover, he took full responsibility for the break-up and wrote, "Saba you have the most amazing soul and you deserve all the happiness in the universe. May God bless you with all the success and love. Difficult roads often led to beautiful destinations. And yes, I would like to take full responsibility of this breakdown." 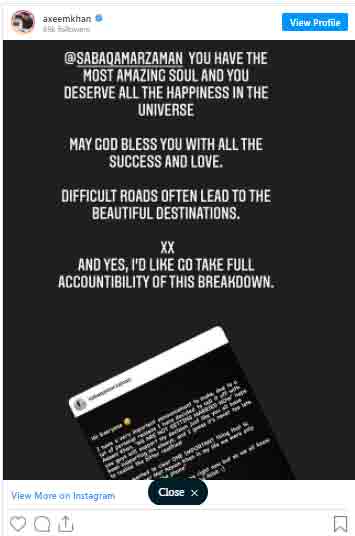 While neither Saba nor Azeem mentioned the reason for their separation, it was reported some time ago, that a woman had accused the blogger of sexual harassment sometime back. Azeem had even addressed the allegations levelled on him in an Instagram video where he denied the accusations, but deleted it later.

Saba, who was seen as late actor Irrfan Khan's co-star in 'Hindi Medium', had paid tribute to the Bollywood star on his demise in a social media post. She'd written, "Deeply disturbed to hear about the passing of Irrfan Khan. I still can’t absorb the news. It feels like yesterday coming back from the sets of Hindi Medium. You taught me a lot as an actor and a mentor. It is indeed a huge loss to the cinema world. Such a brilliant actor gone too soon. You left a huge irreplaceable void in Cinema Irfan. My heartfelt condolences to his family. May Allah give them strength to bear this loss. RIP Raj. Yours Only, Meeta."