Esha Gupta denies being friends with Hardik Pandya, loses cool when asked about him 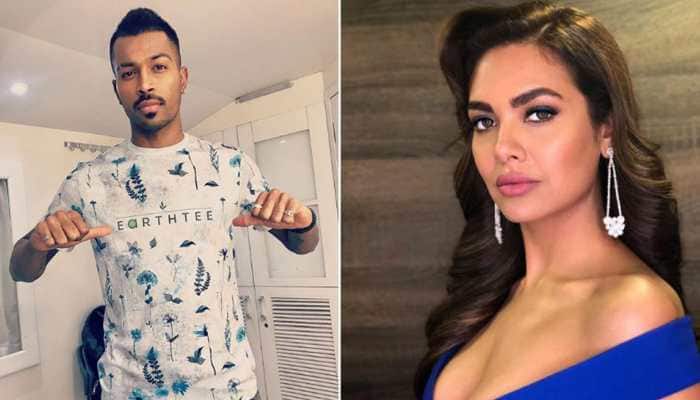 New Delhi: Cricketer Hardik Pandya and KL Rahul were embroiled in controversy after their infamous appearance on Karan Johar's talk show. Hardik's sexist comment about women didn't go down well with the netizens and he was massively trolled. Pandya was also suspended from the ODI series against Australia along with KL Rahul.

Esha Gupta, who was rumored to be dating Hardik Pandya was recently asked to comment on his remarks on women. Apart from Esha, Pandya was also linked with Elli Avram and Urvashi Rautela.

Esha, who was at the launch of her new single 'Get Dirty' in Mumbai, was asked about her close friend Hardik Pandya's "inappropriate" comments against women. This however irked the actress and she responded saying, "Who is the one who told you (Hardik Pandya) is my friend?"

"Firstly, women should not compare themselves with men. We are the best in every respect. I don’t want anyone to feel bad, but why don’t you give birth to a child? We suffer from periods five days every month and even then we have to dance, go to an office, and take care of the children. When you can do all this, you become superior, "Esha added saying,

She further said, "I do not think anyone should talk bad about any woman, if you think your family is not worried about it, then be it, but it is wrong on Humanity."

Isha also stated everybody in the show should be questioned.  She said, "We publicize such things and later raise questions, I think we should question everyone involved in the show."