Ishita on elder sister Tanushree Dutta: She is my backbone

Tanushree Dutta was recently spotted at the set of "Bepanah Pyaar", the TV show featuring her younger sister Ishita Dutta. 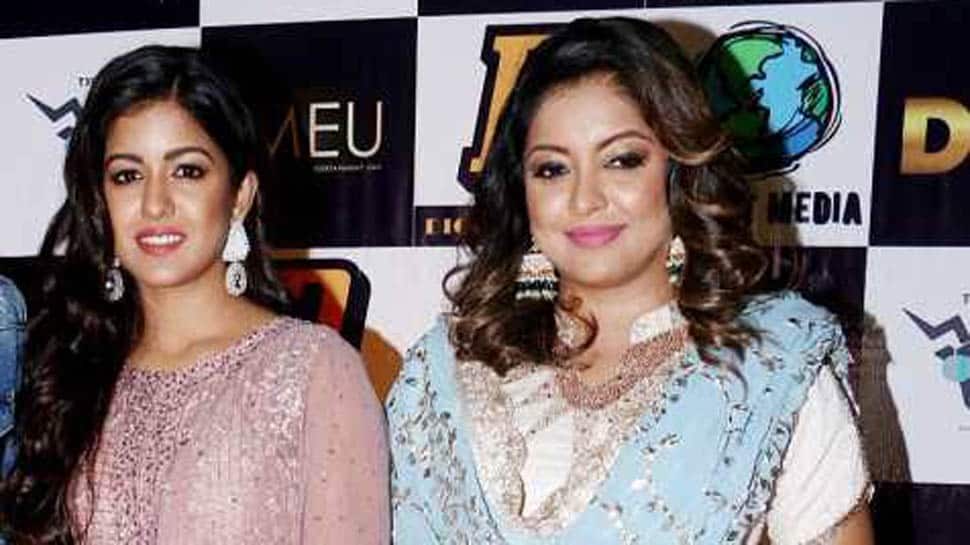 Ishita often lovingly refers to Tanushree as Di (shortened form of Didi -- or elder sister), and she said: "Di had moved to the US a few years ago and hence was unable to visit me on my sets. It was the first time she saw me performing in front of the camera. She was super happy and was childlike to visit my set after such a long time. I was so happy to see my didi having a great time. The whole unit was also delighted to have her and made sure she felt at ease," Ishita said.

Ishita also shared how Tanushree had helped her to follow her dreams.

"Tanushree taught me how to do make-up when I didn't even know how to hold a brush, She encouraged me to go to acting school when I was not confident about my personality and acting. She even got my pictures done by the best photographers in town. She motivated me to do my best. Today, I'm working for one of the biggest film and TV production houses in town. Many don't know that my sister has silently been my backbone," Ishita added.

Last year, Tanushree made headlines when she opened up about being harassed by actor Nana Patekar over a decade ago, in 2008 during a shoot. Her case against Nana Patekar led the #MeToo movement in India.