Janhvi and Khushi Kapoor's adorable video will give you sister goals! Watch

Janhvi will be seen making her big screen debut in 'Dhadak'. 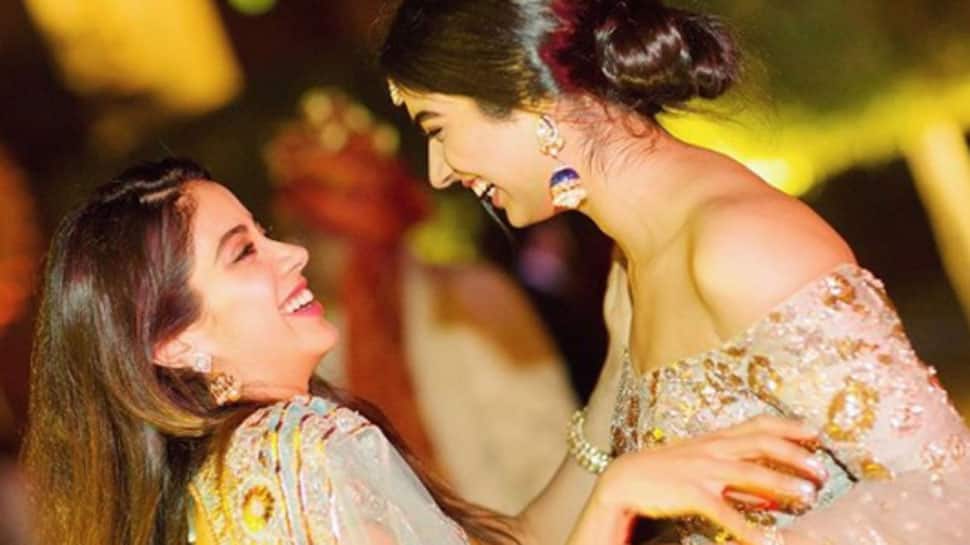 New Delhi: Legendary actress Sridevi breathed her last on February 24, 2018, in Dubai where she had gone to attend a family wedding. The diva's sudden death created a void which can never be filled. The cause of her death was reported to be 'accidental drowning' in a hotel bathtub.

The first female superstar of the country was looking forward to her daughter Janhvi's debut venture. Noted superstar Sridevi and Boney Kapoor's darling daughters Janhvi and Khushi were often seen accompanying their parents on events and awards nights. The family has now stood like a rock support system to each other, especially after Sridevi's sudden demise.

On social media, both Janhvi and Khushi have several fan clubs dedicated to them. One such fan page on Instagram shared an adorable video where Janhvi can be seen introducing Khushi and asks for a cute 'kissie'.

On the professional front, Janhvi will be seen making her big screen debut in 'Dhadak'. The film is directed by Shashank Khaitan and produced by Karan Johar's Dharma Productions. It is an official Hindi remake of Marathi superhit 'Sairat'.

The 21-year-old budding star recently sizzled in her first ever Vogue India photoshoot and interview. Janhvi opened up on a lot of things both personal and professional in that interview with mentor and guide Karan Johar.

This year several star kids are making their debut. From Janhvi, Ishaan to Sara Ali Khan and Ananya Panday—all will be seen entering the glitzy world of movies.

As an engineer, it would have been a claustrophobic life: Vicky Kaushal