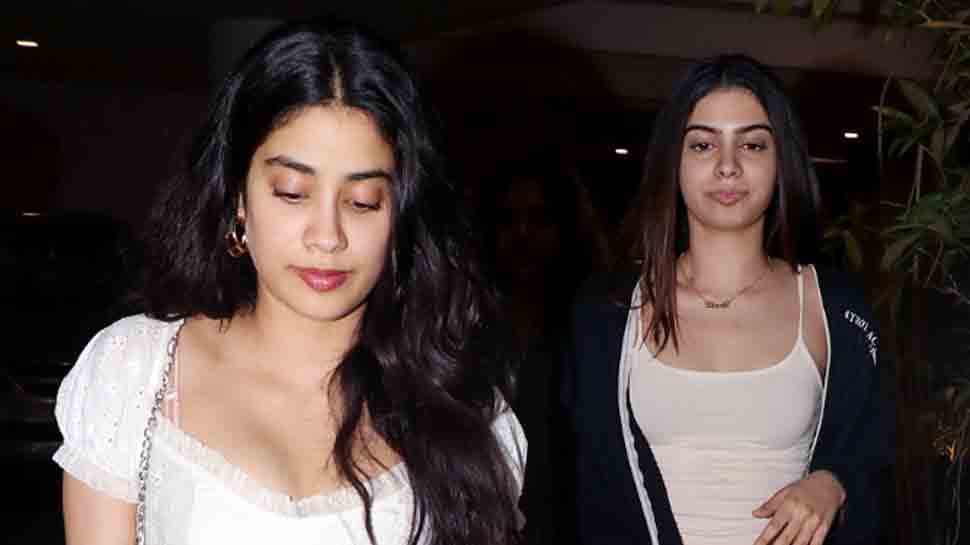 New Delhi: Bollywood youngest actress Janhvi Kapoor has weaved magic with her debut in Dhadak and later with her appearance on Karan Johar's talk show with brother Arjun Kapoor. However, the world has not seen much of Khushi Kapoor on screen. Although rumors are rife that the young actress-to-be will make her debut soon but no confirmation has been issued from her side.

The buzz has it that Khushi will make her first appearance on big screen with sister Janhvi on Neha Dhupia's talk show Vogue BFF new season.

Another fun and candid chat show after Koffee With Karan, Neha's Vogue BFF has featured the Padukone siblings- Deepika and Anisha as well. It was one fun episode as Anisha revealed a lot of things about Deepika. If reports are to be trusted, Janhvi and Khushi will reportedly be the first guests on her show.

After making a stunning debut with 'Dhadak' last year, Janhvi has bagged her second big project. The young girl has once again cast by ace filmmaker Karan Johar for multi-starrer period-drama. The film is titled 'Takht' and will be a period drama releasing in 2020. The movie will be set in the times of Mughal dynasty. Not much has been revealed about the project except its lead cast. 'Takht' will have an ensemble star cast with Ranveer Singh, Kareena Kapoor Khan, Alia Bhatt, Vicky Kaushal, Anil Kapoor and Bhumi Pednekar besides Janvhi.

She is also rumored to have been cast for a biopic on Gunjan Saxena.

Reports are also there that she is being considered for Shashank Khaitan's espionage thriller starring Varun Dhawan as the male lead. According to a report in After Hrs, Janhvi will play a spy in the thriller and her character in it will be inspired by the highly-acclaimed Bourne series. She will reportedly under rigorous training to perform action in stunt sequences.

If Janhvi is finalized for the role, it will be her first film with Varun Dhawan and Bollywood would get yet another refreshing onscreen Jodi.