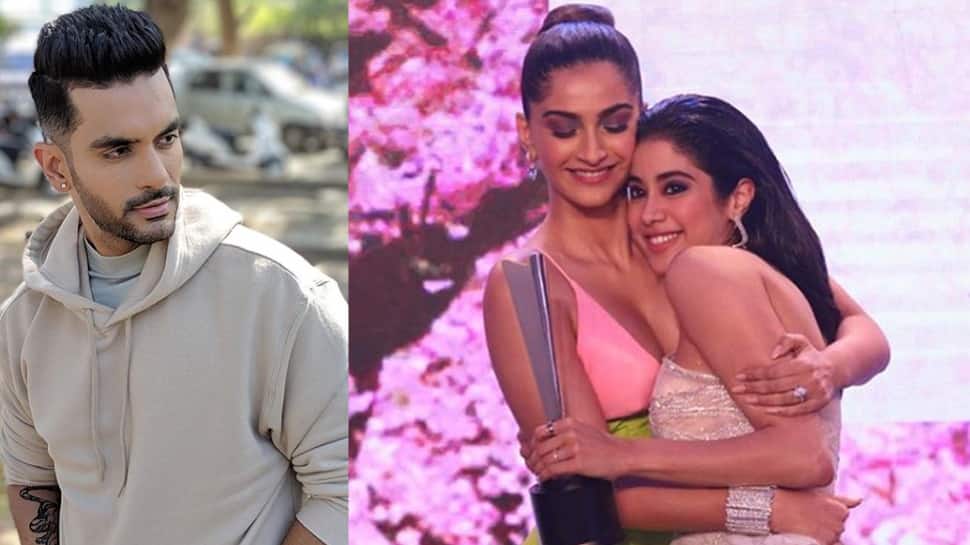 New Delhi: Bollywood actor Angad Bedi, who was recently seen in 'The Zoya Factor' co-starring Sonam Kapoor Ahuja and Dulquer Salmaan, is currently in a happy space in life. The actor is married to the gorgeous Neha Dhupia and the couple is blessed with a daughter named Mehr.

In an interview with DNA, Angad, who will also share screen space with Sonam's cousin sister Janhvi Kapoor in 'Gunjan Saxena: The Kargil Girl' opened up about working with the Kapoor sisters.

When he was asked if he finds any similarities between the actresses, Angad said,

“They (Sonam and Janhvi) are poles apart as individuals. Sonam has won a National Award for Neerja and played the part in Ek Ladki Ko Dekha Toh Aisa Laga really well. Zoya Solanki was a tailor-made role for her. Janhvi is extremely spontaneous and hardworking. A lot of times when she is performing, you see glimpses of Srideviji in her acting and she has the same twinkle in her eyes. She is dedicated and still in the zone of trying to prove herself.”

Angad will also be seen in the web-series titled 'The Verdict — State Vs Nanavati'.