The fashion watchdog have been taking Janhvi to task for wearing a rip-off. 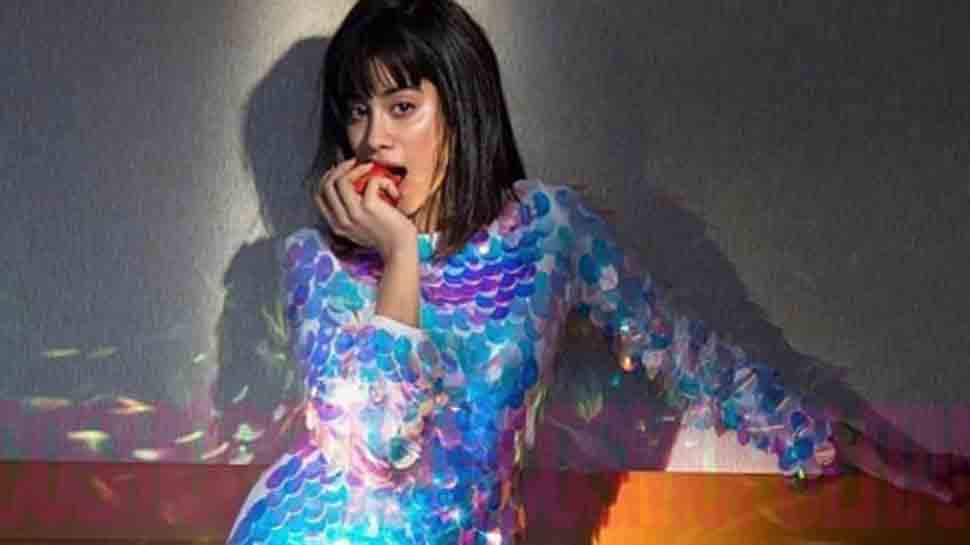 New Delhi: The new age fashionista on the block, Janhvi Kapoor is known for experimenting with her sartorial choices. Janhvi, who made her debut with Shashank Khaitan's 'Dhadak' last year, has hogged headlines more for their fashion statements than her acting.

This time around, she featured on the cover page of a fashion magazine wearing a chic shimmery blue-purple little dress. Donning a new haircut, that made some news sometime back, Janhvi posed before the camera like a total pro in this holographic-effect piece outfit by Purple Paisley.

And though she managed to look totally like a diva, she got at the receiving end of some hate from the trolls who attacked her over plagiarism issue.

It all started after fashion critic Diet Sabya took to Instagram to point out that the outfit was just another copy of a Balmain's FW18 holographic outfit collection.

Take a look at the photo:

Apart from the outfit, the actress also got trolled for sporting a wig for the photoshoot.

Amidst all the attack that she faced for the outfit, there's no denying that Janhvi looked absolutely chic in the photo. On the work front, she has been cast in for Karan Johar's period-drama 'Takht'. A few days ago, a picture of Janhvi dressed as IAF officer Gunjan Saxena was leaked online.