Janhvi Kapoor: Getting papped is weird

The "Dhadak" star says she struggled with being papped. 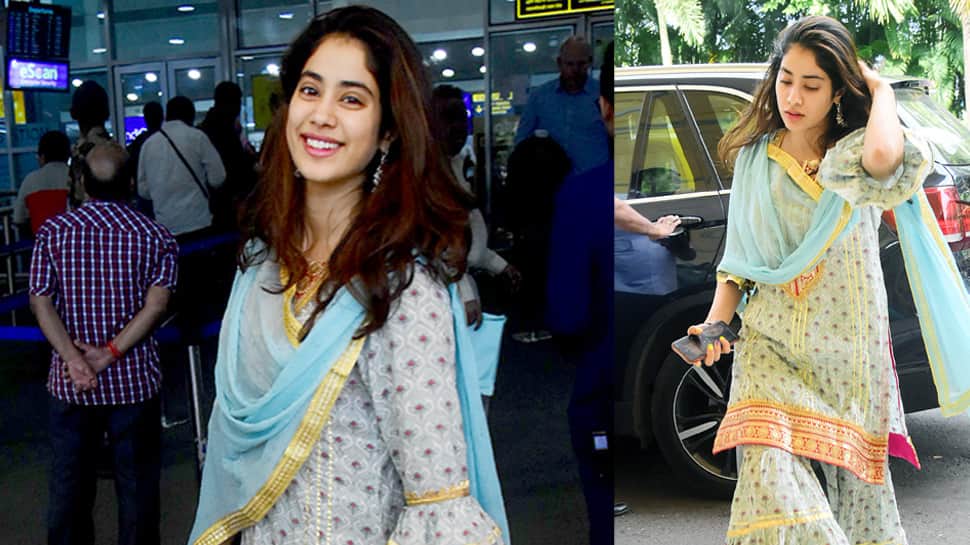 Mumbai: Actress Janhvi Kapoor says it is weird being followed by the paparazzi and the weirdest part of it all is that she is getting used to the attention now.

"As much as people might crib about it, at the end of the day, you are getting attention and how phony does it sound to be like ‘Oh my god, I am getting so much attention'," she added.

The "Dhadak" star says she struggled with being papped.

"Honestly, I have my days and I've had a long phase where I really struggled with it, when I was very bothered by I don't know I felt like it was taking away my credibility. It was like a weird deviation and just an interference and people commenting and me reading that and I was getting too caught up. But, then I think the past 7-8 months, touchwood, the work has been so back-to-back, I have realised that it doesn't matter," she said.

Janhvi was speaking for a podcast of JioSaavn's "#NoFilterNeha Season 4". She continued: "Like, if people are going to cry about me wearing shorts to the gym; I don't care anymore. Because if I wear pants I slip on the reformer so I am going to wear shorts. I mean, there are days when I still get bothered by the comments, I have actually reached a place where I am amused by some of the not-so-cute ones."

Asked if she is single, she said: "Yes".

Opening up about her relationship status with her "crush" Vijay Deverakonda, Janhvi said: "The status is non-existent, unfortunately. I feel like I have put out a lot of feelers but there is no response. No, but I am kidding. It's just admiration. I am comfortable with the admiration which I guess is one-side. It's only on interviews and public platforms and on NoFilterNeha shows. You know my phases are actually very seasonal. He's been quite consistent though. Like my fondness has been quite consistent. No, but there have been a couple of phases after."

Cardi B buys toys worth $5K for poor kids