Janhvi Kapoor shared a string of pictures in an off-white saree paired with bold, traditional earrings. The actress looks ethereal! 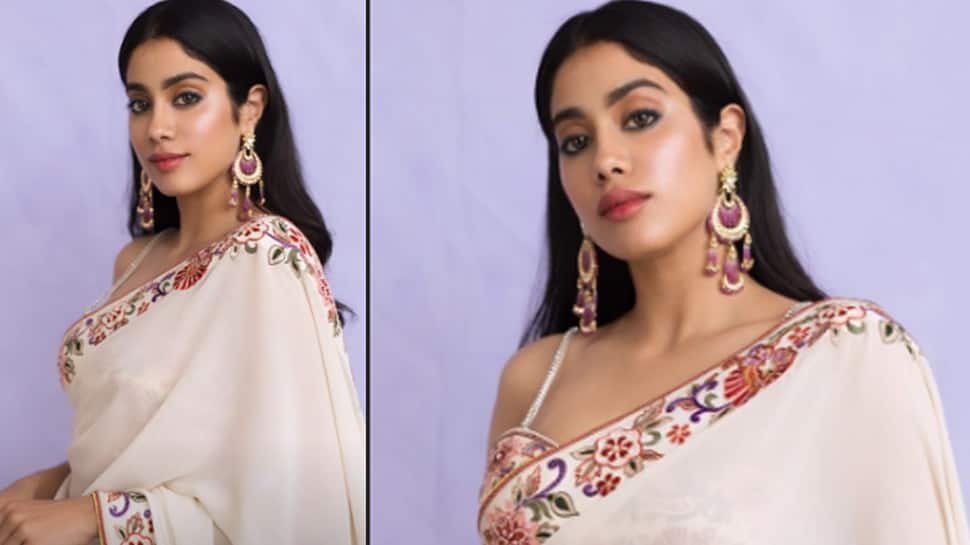 She shared her look on Instagram and we bet you won't be able to take your eyes off her in the pics.

For the uninitiated, Janhvi is the daughter of late actress Sridevi and film producer Boney Kapoor. Her younger sibling, Khushi, will also make her Bollywood debut soon.

Janhvi is a known fitness freak and is often spotted outside the gym. The leggy lass has a mammoth fan-following which is evident by the number of likes on her Instagram uploads.

On the work front, she will share screen space with Rajkummar Rao and Varun Sharma in 'Rooh-Afza'. The film marks Hardik Mehta's directorial debut and is produced by Dinesh Vijan and Mrighdeep Singh Lamba.