'Dhadak' is directed by Shashank Khaitan and is hitting the screens on July 20, 2018. 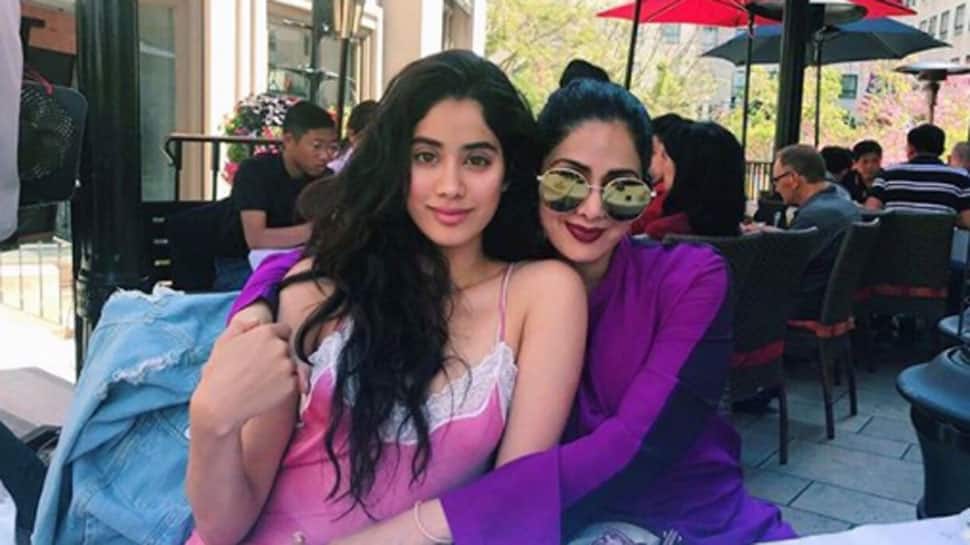 New Delhi: Legendary actress Sridevi breathed her last on February 24, 2018, in Dubai where she had gone to attend a family wedding. Her loss created a huge void which can never be filled again. Sridevi's elder daughter Janhvi Kapoor is all set to make her Bollywood debut with 'Dhadak' which is produced by Karan Johar.

Janhvi featured in her first ever magazine cover for 'Vogue India' recently. Mentor Karan Johar interviewed her for the magazine and the budding actress opened up on how life changed overnight after Sridevi left.

She revealed that noted actress Sridevi had actually seen 25 minutes of Janhvi's debut film 'Dhadak' and made some keen observations. She said in the interview, “She (Sridevi) was very technical about it. The first thing she told me was the things I needed to improve—she felt the mascara was smudged and it really bothered her. The second half has to be different, she told me, “You can’t wear anything on your face.” That’s all she told me but she was happy.”

Janhvi also opened up on how life changed after Sridevi's demise. She said, “Of course. I could always be the baby with her. When I’d wake up, the first thing I’d do was ask for her. I’d need her to put me to sleep sometimes and she literally had to feed me. The day before she (Sridevi) left for the wedding, I had to shoot, but I couldn’t sleep, so I was like, “I need you to come and put me to sleep.” But she was packing, so by the time she came to me I was half asleep. But I could feel her patting my head.”

Further, adding on how younger sister Khushi is more maternal towards her she said, “I’ve always been very bad at that. Khushi is very maternal with me. I am a full baby. She takes care of me. Now she comes and puts me to sleep sometimes.”

'Dhadak' is directed by Shashank Khaitan and is hitting the screens on July 20, 2018. It stars Ishaan Khatter opposite Janhvi Kapoor in the lead roles. The film is Hindi remake of Marathi superhit 'Sairat'.