In her latest Instagram stories, Janhvi Kapoor poses with her close friend Shikhar Pahariya. The pics are going viral on social media.

New Delhi: Bollywood actress Janhvi Kapoor has time and again left us impressed with her fashion choices. The stunner is a rage on social media and has a huge fan-following. Janhvi's fans eagerly await her uploads and flood the comments section the moment she shares a new pic or video.

In her latest Instagram stories, the star kid poses with her close friend Akshat Ranjan. Janhvi is seen dressed in a white top, denim jacket and jeans. She pairs the outfit with black thigh-high boots with her hair left open. Both Janhvi and Shikhar are all smiles in the pictures. The first pic is captioned as 'Home'.

Here are screenshots of her Insta stories before they disappear: 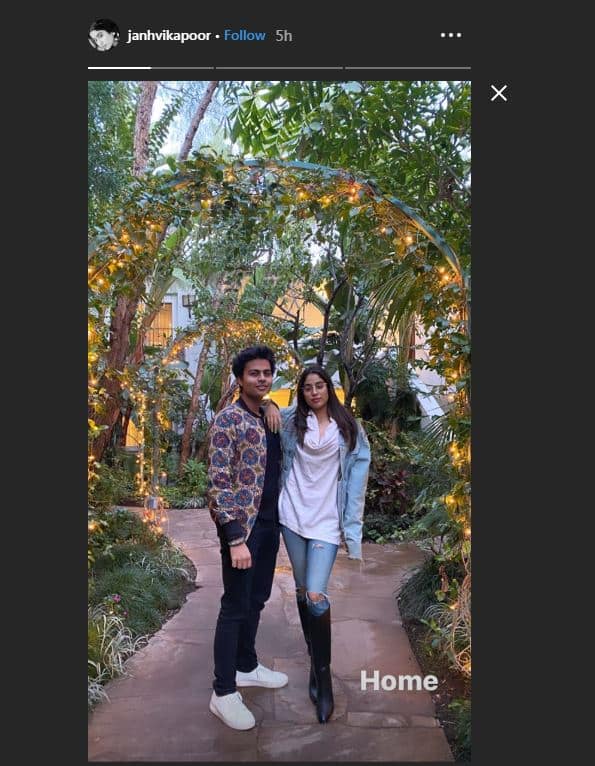 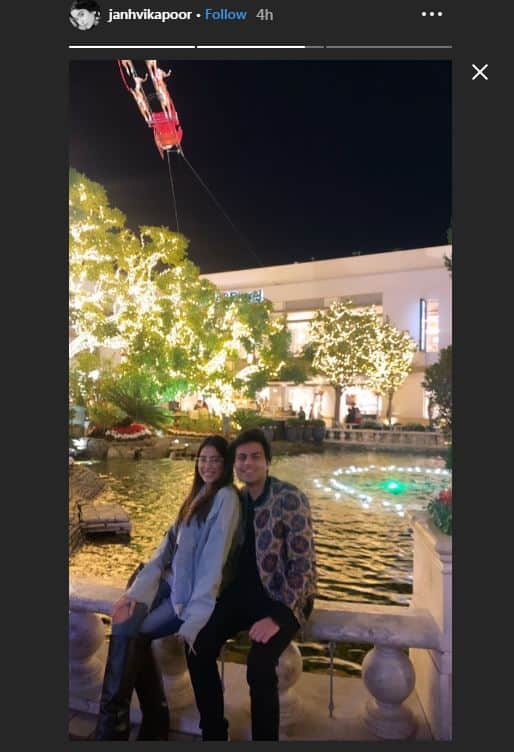 Earlier, there were rumours that Janhvi is dating Akshat but the actress never admitted that he is more than a friend.

On the work front, Janhvi has plum deals in her kitty.

To name a few, she will be seen with Rajkummar Rao and Varun Sharma in 'Rooh-Afza'.

She is also a part of Karan Johar's magnum-opus 'Takht'. The period-drama has an impressive star cast with Kareena Kapoor Khan, Vicky Kaushal, Ranveer Singh, Alia Bhatt, Bhumi Pednekar and Anil Kapoor along with the star kid.