On the work front, Janhvi Kapoor has some interesting projects in her kitty. 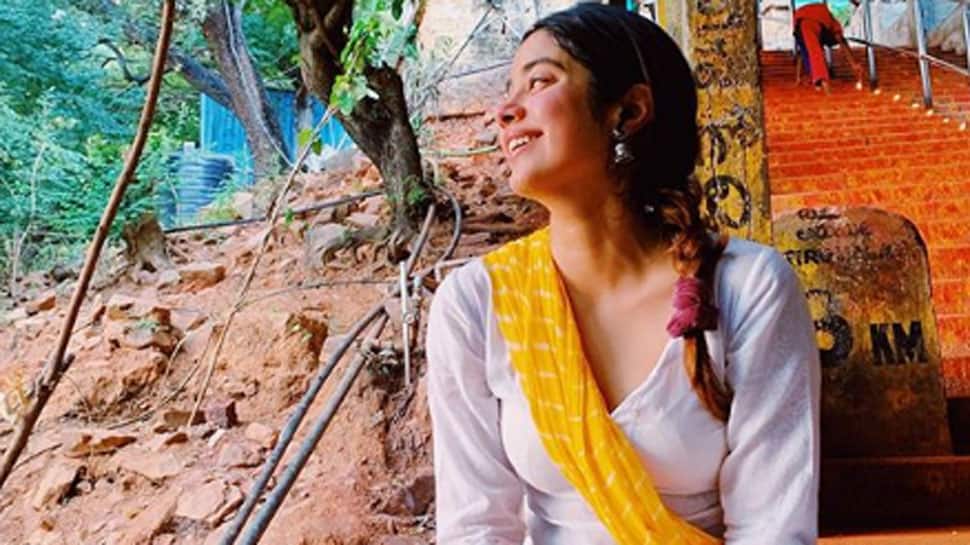 New Delhi: Late legendary actress Sridevi and producer Boney Kapoor's elder daughter Janhvi is one of the most popular star kids around. She is an equally known celebrity on social media, where fans love to check her recent posts and pictures.

She took to Instagram recently and shared pictures from the divine Tirupati Temple, Andhra Pradesh. The actress trekked all the way up from the hill town of Tirumala to reach the famous Tirupati Temple of Lord Venkateswara and seek his blessings.

The actress has visited the Tirupati temple along with her father and sister Khushi Kapoor on previous occasions as well. However, this time she went alone.

Janhvi Kapoor looked beautiful in a white salwar-kameez and carried a yellow Leheriya dupatta. In her pictures, she can be seen sitting on the side of the stairs while walking her way up to the temple. Looks like she decided to take a break in between walk to grab a breath.

On the work front, Janhvi has some interesting projects in her kitty. She will be seen in Karan Johar's 'Dostana 2' with Kartik Aaryan and newcomer Lakshya in lead roles. She also has period drama 'Takht' under Dharma Productions which is a multi-starrer.

Janhvi's ambitious project happens to be 'Gunjan Saxena' biopic which is titled as 'Gunjan Saxena: The Kargil Girl'. It stars her in the titular role of Gunjan, who became the first female and Indian woman airforce pilot in combat along with Srividya Rajan.

It is a biopic tells the story of our country's first Air Force woman officer who went to war.