The paps were happy to spot her and before getting inside her car, she did smile for the clicks. 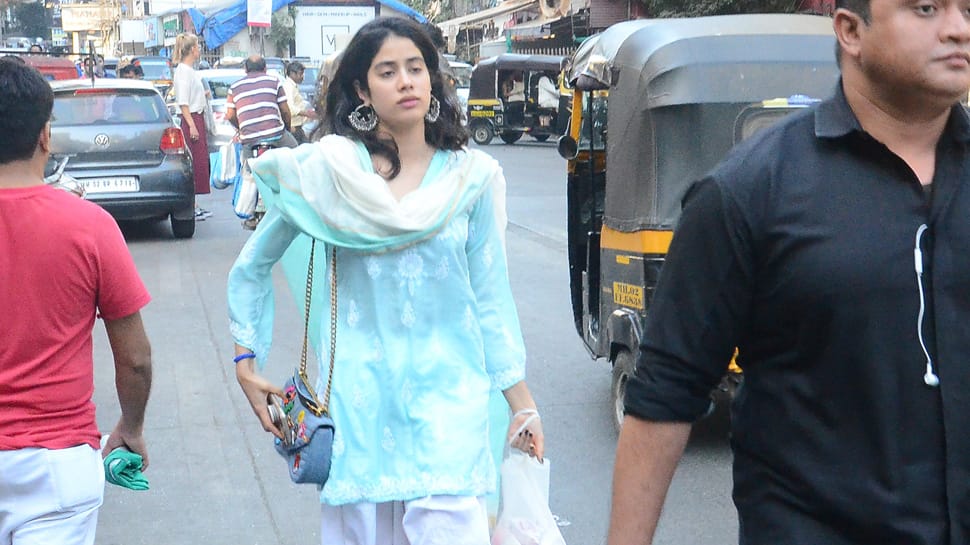 New Delhi: The stunner of an actress Janhvi Kapoor swooned into the hearts of millions with her maiden venture 'Dhadak' last year. She was recently spotted in Bandra and this time she ditched her western wear. She rocked the green-bluish kurta-salwar with a dupatta and walked carrying a poly bag in her hand.

The paps were happy to spot her and before getting inside her car, she did smile for the clicks. The Check out her pictures:

After 'Dhadak', the buzz has been high around Janhvi. All eyes are set on her next projects. She will be seen in Karan Johar's period drama 'Takht' which is a multistarrer. It stars Ranveer Singh, Kareena Kapoor Khan, Alia Bhatt, Vicky Kaushal, Bhumi Pednekar, Anil Kapoor besides Janhvi in lead roles. The film will hit the screens in 2020.

Janhvi will reportedly be seen in Gunjan Saxena biopic. She is the first Indian combat aviator who evacuated injured Indian soldiers from Kargil in 1999.