Hirani is the latest name to be called out for sexual harassment. 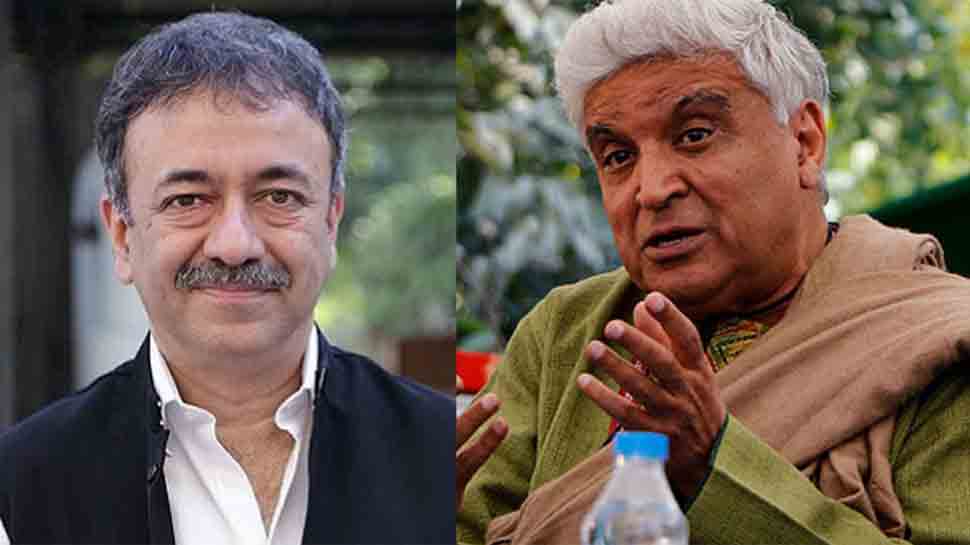 New Delhi: Ever since the report of filmmaker Rajkumar Hirani getting embroiled in the MeToo controversy surfaced, several actors who have worked with him have come out in his support. From Sharma Joshi to Arshad Warsi and Boney Kapoor, several people from the industry have extended their support to the filmmaker while deeming him as a man of immense integrity and character.

In the latest, veteran writer and lyricist Javed Akhtar has broken his silence on the matter as he vouched for the 'Munna Bhai' series filmmaker on the allegations.

Javed took to Twitter and expressed his support for the filmmaker, writing, "I had come to the film industry in 1965. After so many years if I am asked who are the most decent people you met in this industry over almost 5 decades, perhaps the first name that will come to my mind is RAJU HIRANI. G.B Shaw has said . "It is too dangerous to be too good." 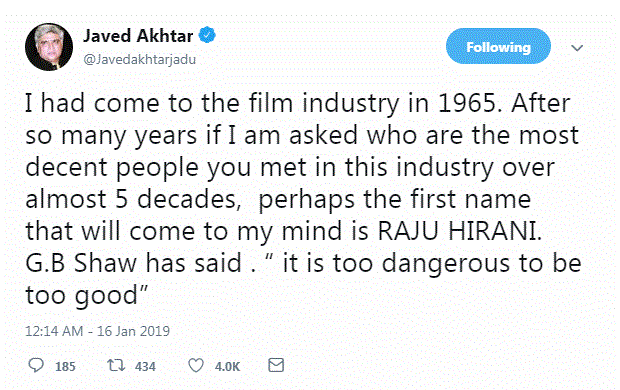 Hirani is the latest name to be called out for sexual harassment with a woman "assistant" alleging in an article in HuffPost India that he sexually abused her more than once between March and September 2018 while working on "Sanju".

Soon after the news surfaced, Hirani issued a statement defending himself on the issue. "I was completely shocked when these allegations were brought to my notice about two months back. I had suggested immediately that it is essential to take this matter to any committee or any legal body. The complainant has chosen to go to the media instead. I want to very strongly state that this is a false malicious and mischievous story being spread with the sole intention of destroying my reputation," his statement read.