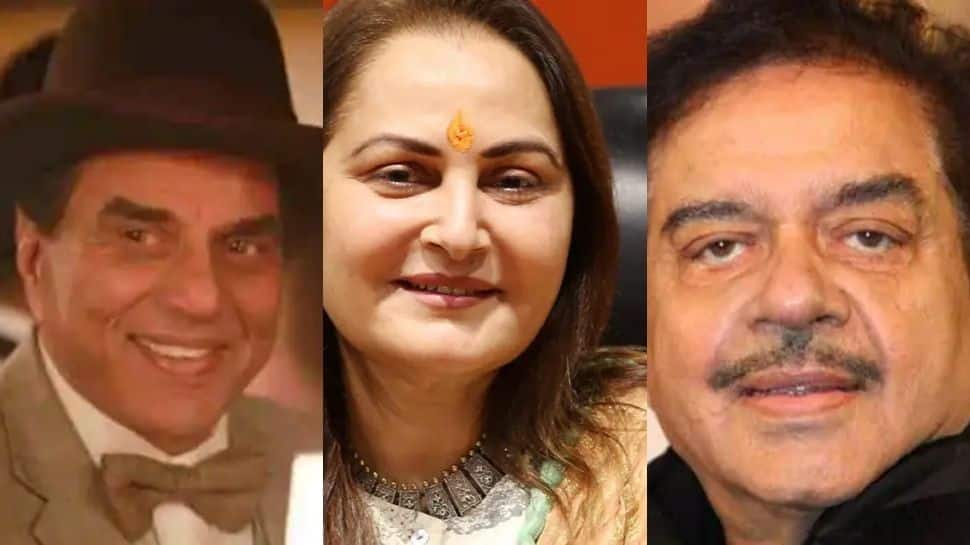 New Delhi: Veteran Bollywood actress Jaya Prada recently made a special appearance in an episode of the singing reality TV show 'Indian Idol 12' where she revealed amusing facts about her co-stars Dharmendra and Shatrughan Sinha.

The actress turned politician appeared on the panel of the Indian Idol 12 judges alongside singer Himesh Reshammiya and composer Vishal Dadlani. While she was on the show, the host Aditya Narayan asked her certain fun questions and tried to get her to spill the beans about her co-stars.

Consequently, when Narayan asked her who was the biggest miser among her co-stars, Jaya imitated veteran actor Shatrughan Sinha's catchphrase - "Khamosh" as her answer. She indirectly hinted that the 'Loha' actor was the most reluctant to spend his money.

Check out the hilarious interview:

Veteran actress Jaya Prada was one of the most prominent actors in the Telugu and Hindi film industry during the late 70s, 80s, and early 90s. Some of her popular works include 'Anthuleni Katha', 'Seeta Kalyanam', 'Adavi Ramudu', 'Yamagola', 'Sanaadi Appanna', 'Siri Siri Muvva', 'Sargam' and 'Kaamchor'.

Prada has received three Filmfare Awards South and later went on to star in many Tamil, Malayalam, Kannada, Bengali, and Marathi films as well.

In 1994, she entered politics and joined the Telugu Desam Party.

Hina Khan posts for the first time on Instagram after father’s demise, thanks fans for their support