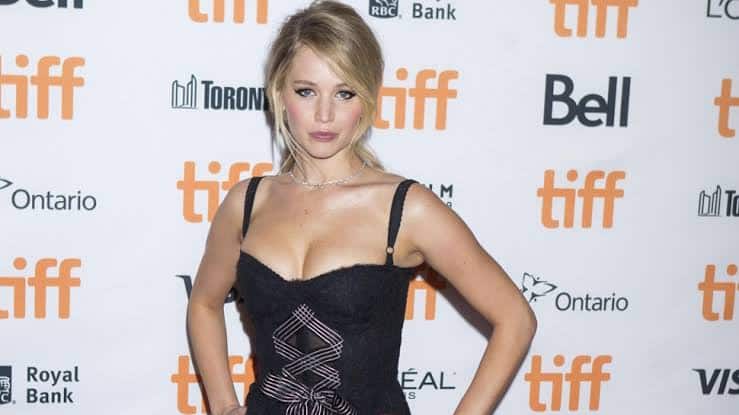 The 29-year-old actress got married to Maroney, 34, at a ceremony at the Belcourt of Newport mansion in Rhode Island on Saturday with 150 guests.

According to a source, Lawrence wore a Dior dress for her wedding day, reports people.com.

Lawrence and Maroney hosted a wedding reception for 150 guests, including Adele, Amy Schumer and Kris Jenner. Emma Stone and Ashley Olsen were also in attendance.

As per a report in TMZ, the wedding menu featured a choice of wood-roasted fish with herbs and lemon-infused butter or an aged leg of beef with forager's sauce, while desserts included cauldron fritters with bourbon cream and house-made s'mores.

On Friday, Nicole Richie, Joel Madden, Cameron Diaz, Sienna Miller amongst others, were spotted attending the rehearsal dinner, during which the couple hosted a clambake under a white tent on Rose Island.

Lawrence and Maroney got engaged in February. The couple first sparked dating rumours in 2017 after the actress was photographed with the art dealer.

Last month, Lawrence and Maroney were spotted at the New York City marriage bureau, prompting fans to discuss if the couple had tied the knot.

Lawrence previously dated Darren Aronofsky, 50, who directed her in film "Mother!". They were together for a year and remained friends after they split.

She was also romantically linked to Nicholas Hoult and Coldplay's Chris Martin.