Jessica Alba calls herself a changed person in magazine article

Jessica Alba opened up in the recent essay published in a magazine where she shared that when she first shot for the cover in 2007, she was "insecure". 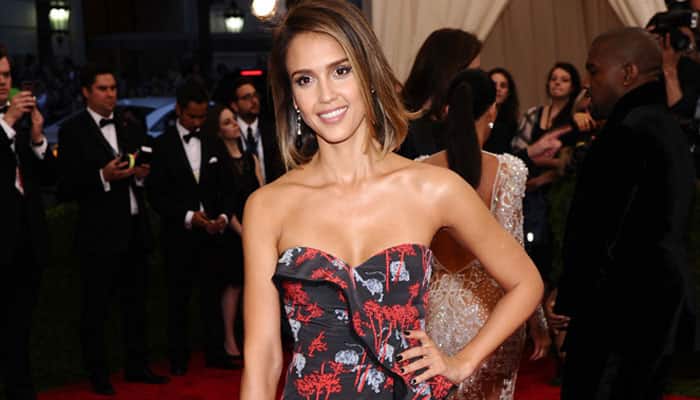 Washington DC: American actor Jessica Alba seems to have come a long way as she said that she has changed and has zero "f-ks" to give now.

Alba opened up in the recent essay published in the InStyle magazine where she shared that when she first shot for the cover in 2007, she was "insecure".

"Looking back, when I shot my first InStyle cover, I was insecure. I felt like I needed to be someone I wasn`t in order to be accepted. I allowed other people`s ideas of who they thought I should be to define me," Page Six quoted the actor`s essay.

She continued, "Who am I now? I give zero f-ks. I have three children. They`ve exploded my body, and I`m cool with it. And I know I`m smart. I don`t care what everybody else thinks. I`m good, girl. I`m good."

The `Sin City` actor recalled her first magazine cover shoot when she was just 26.

"By that time I`d been in the [entertainment] business for over a decade, but I was still trying to figure out how to be in the public eye and have ownership over who I was," she wrote.

And almost six years after she felt confident about her body and herself as a person.

"I also stopped allowing myself to be objectified in the press through a male`s perspective," she added.

"Screw that, man. It`s OK to be sexy. It`s OK to wear a short skirt or a loud print if I feel like it because I own it in my own way. I can flaunt what I want, cover what I want, and still feel good."

This comes after the recent news of Alba`s Twitter account getting hacked with the hackers posting hateful, bigot tweets.