American singer Jessica Simpson recently got slammed on social media after she shared pictures of her 7-year-old daughter Maxwell Drew, where the latter can be seen getting her hair dyed. 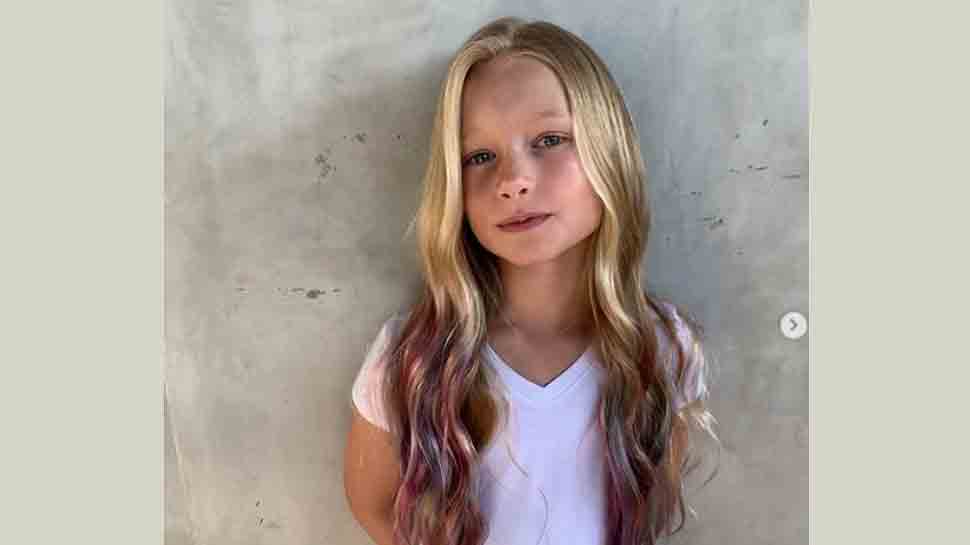 Washington: American singer Jessica Simpson recently got slammed on social media after she shared pictures of her 7-year-old daughter Maxwell Drew, where the latter can be seen getting her hair dyed.

The singer posted the snaps on Instagram, where the little one can be seen enjoying the drill.

In another picture the singer shared photo of her daughter flaunting her new purple-tinged hair.

"Inspired by The Descendants #901girl #MAXIDREW," the 39-year-old singer-actor, shared on Instagram.

Inspired by The Descendants #901girl #MAXIDREW

Several users were quick enough to troll the star and attack her in the comments section of the post for "ruining" her daughter's hair at such an early age.

"Why start ruining her hair so young," one Instagram user commented, while others wrote, "Don't like it at all !!! Much better before the color. The new color makes her look older than her age."

As the negative comments poured in, a user came to Simpson's defense.

"DON'T LISTEN TO ALL THE TROLLS!!! Your daughter's hair looks fabulous and it is better for your hair when it is professionally done to protect the health. People have nothing better to do than criticize someone else's parenting," one user commented.