While sharing a set of pictures from the party night, Joe Jonas wrote, "Thank you, babe, for throwing me the most epic Bond-themed 30th birthday." 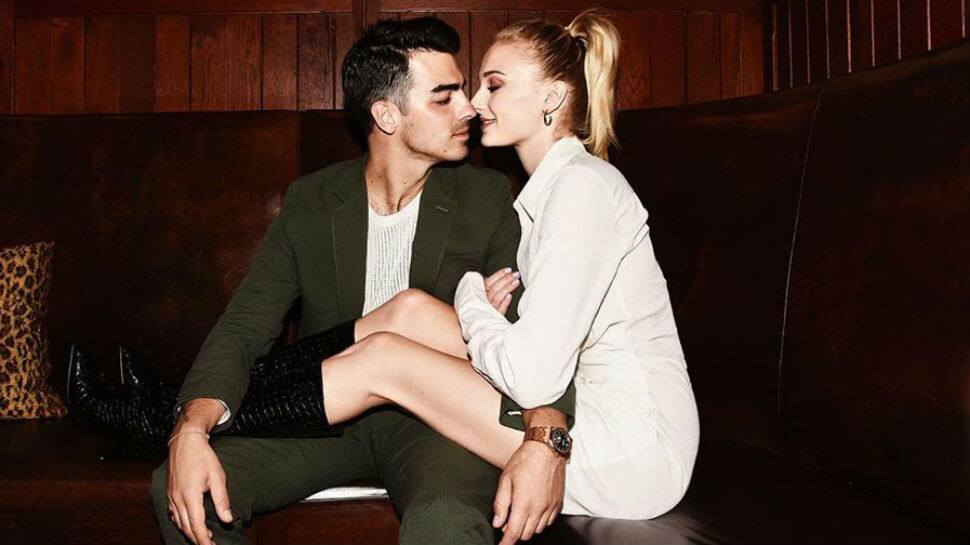 New Delhi: Singer Joe Jonas, who ringed in his 30th birthday over the weekend, has thanked his actress wife Sophie Turner for hosting the 'most epic' Bond-themed birthday party for him.

While sharing a set of pictures from the party night, Joe wrote, "Thank you, babe, for throwing me the most epic Bond-themed 30th birthday. Here are a few pictures before the party."

The pictures feature the birthday boy with Sophie, his brothers Kevin and Nick, and the other guests.

For the special day, Joe wore a white suit while Sophie opted for a cut-out black outfit with a plunging neckline. It seems that the dress code was either black or white, to go in sync with the Bond theme.

Actress Priyanka Chopra, who is married to Nick Jonas, is also attended Joe's party looking like a diva in a classic black feathered dress by Ralph and Russo while Nick wore a tuxedo piece. A picture of the couple entering the venue hand-in-hand was shared by Priyanka's stylist Mimi Cuttrell who captioned it as, "The gorgeous Priyanka Chopra."

Joe's birthday was made all the more special by Sophie who surprised him onstage during the Jonas Brothers' Happiness Begins concert in Washington with a huge cake. Along with them, the crowd too sang Happy Birthday for Joe.

Couldn’t have asked for a better night, thank you all so much. Nothing better than doing what I love with my loves on my birthday  #HappinessBeginsTour

Sophie and Joe married in June in France. The wedding was attended by their family members and close friends. Before France, they had got married in an impromptu ceremony in Las Vegas in May.