Deepika Padukone's million dollar picture is a treat to several of her fans. She and Ranveer Singh are in London currently. 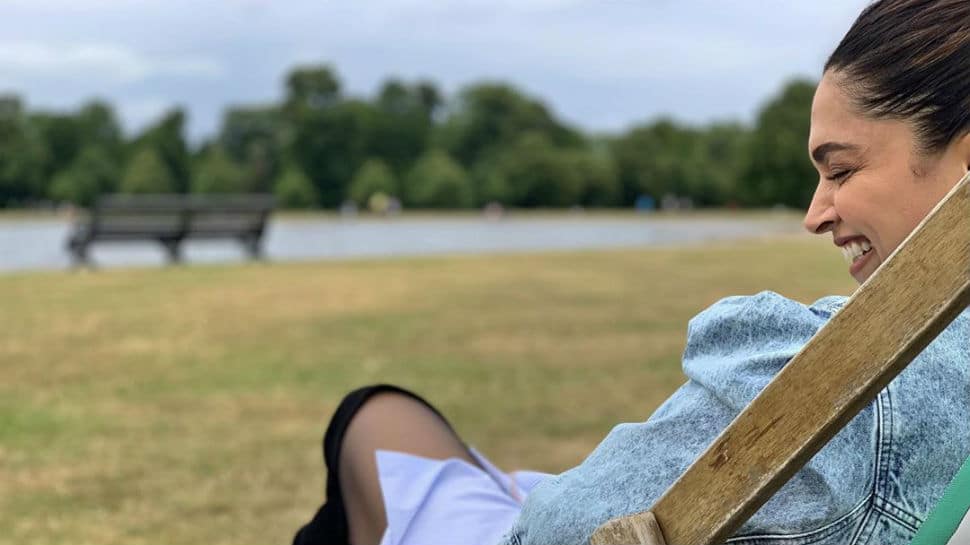 New Delhi: Finally, we got a little glimpse of how Ranveer Singh celebrated his birthday in London over the weekend. No, it's not a picture from the party or of the actor. It appears that Ranveer decided to spend the special day with his special one away from the hustle-bustle of the city (we have proof).

On Monday, the 34-year-old actor treated us to a gorgeous picture of wife Deepika Padukone smiling and chilling at a park and captioned it, "High on cake! #happybirthdaytome."

Deepika's million dollar picture is indeed a treat to several of her fans. She looks lovely in a denim jacket, paired with a white outfit and black boots.

Deepika and Ranveer are prepping for '83 in London. It will be the couple's first film together after their wedding. '83 is based on India's historic win against West Indies in the 1983 World Cup. While Ranveer plays cricketer Kapil Dev, Deepika stars as his wife Romi Dev.

On his birthday, Ranveer shared his first look from the film as Kapil Dev.

Meanwhile, Deepika's next release is 'Chhapaak', in which she plays the role of acid attack survivor Laxmi Agarwal. The Meghna Gulzar-directed film hits the theatres in January next year.