Kader Khan was backbone of my cinema: David Dhawan

The death of one of Hindi mainstream cinema`s most prolific and versatile writer Kader Khan has left filmmaker David Dhawan bereft. 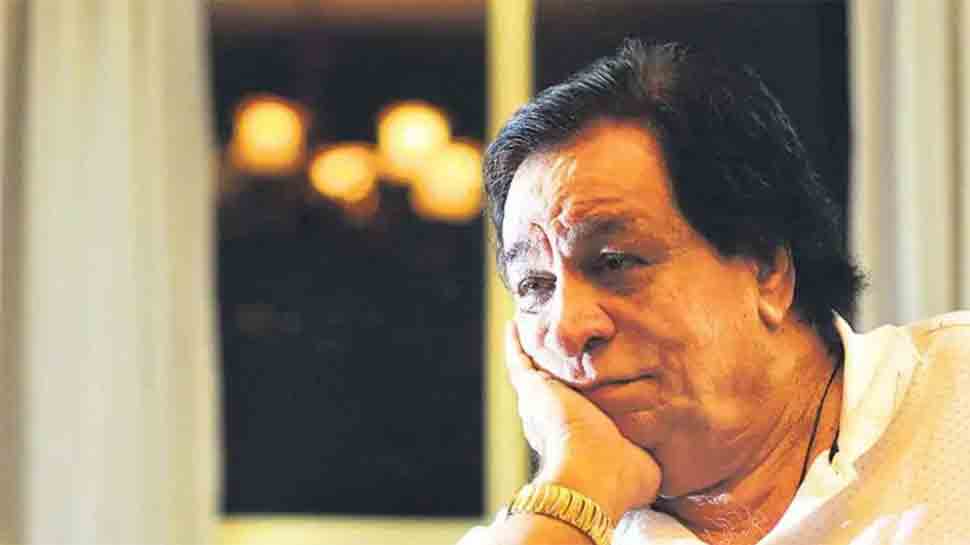 Mumbai: The death of one of Hindi mainstream cinema`s most prolific and versatile writer Kader Khan has left filmmaker David Dhawan bereft.

"Bhaijaan, that`s what I called him, was the backbone of my cinema. After we worked together for the first time in `Bol Radha Bol`, I couldn`t think of directing a film without Bhaijaan. I wanted him to write and act in every film that I made, and I made sure it happened. But he was so busy.

"There was a time when every big commercial film had Bhaijaan`s contribution, not just as an actor or writer. He was all there for every film that he did," said Dhawan.

Recalling Kader Khan`s pervasive contribution, Dhawan said "He was not just a writer or actor. He was the backbone of every film. When Bhaijaan was in my film, I felt safe and secure. He was my go-to friend and ally in my projects. I would run to him if there was ever a problem in shooting.

"As a writer, he was next to none. After his health started failing, I had to work with others. But I always had Bhaijaan in my mind. I would tell my writers `Yeh scene Kader Khan saab ke jaisa chahiye`. He has left a vacuum in my career."

Speaking of Kader Khan's improvisational powers, Dhawan said, "He would rewrite a scene and the dialogue on the spot during shooting. He took every shot to another level. As a writer, he made every hero sound credible and spectacular. Just look at Bhaijaan`s contribution to Amitji(Amitabh Bachchan`s) on-screen persona.

"In all those Bachchan blockbusters by Manmohan Desai and Prakash Mehra in the 1970s and 1980s, Bhaijaan`s dialogues were supreme. He would actually get into character as the hero and show the leading man how to say the dialogues. In `Amar Akbar Anthony`, Bhaijaan showed Amitji how to speak in that Bombaiyya-Catholic style. The result as always was amazing."

Dhawan was closely associated with Kader Khan not only in a professional capacity but also personally.

"He was like an elder brother. I could share all my thoughts with him. He was a man of great self-respect. He would give himself completely to those who respected him and his work. But would recoil from those who did not give him respect. I was completely in awe of his talent.

"In 'Bol Radha Bol', he had such a difficult role of a character who suffers from night blindness. The way the role was written and the way Bhaijaan played it... there was a huge difference. He did things on camera that I could never imagine. After that film, he worked his magic with me in `Raja Babu`, `Coolie No. 1`, `Saajan Chale Sasural.` If these films were hits, a large part of the credit goes to Bhaijaan."

"Mujhse Shaadi Karogi" was the last film they collaborated on.

"His health started failing and he moved to Canada to be with his three sons and daughters-in-law. Bhaijaan and his entire family took Canadian citizenship, so it was only befitting that he be put to rest there."

Dhawan regrets not having the actor-writer around for his films.

"The worst blow to Bhaijaan's health was his loss of speech. The genius scholar who wove magic with words became wordless. I couldn't work with Bhaijaan in that condition. I could deal with him being on a wheelchair. But I couldn`t come to terms with Bhaijaan losing his voice.

"Now in his death, our film industry has lost a prominent voice. The movies will never be the same. Yes, I work with other writers. But I only think of Bhaijaan as my writer, collaborator, friend and mentor. He was in a lot of pain in his final years. I would still like to be selfish and want him back."

Farah Khan gets trolled over puja photo, asked to remove 'Khan' from her name