Kader, 81, passed away after a prolonged illness at a hospital in Canada. 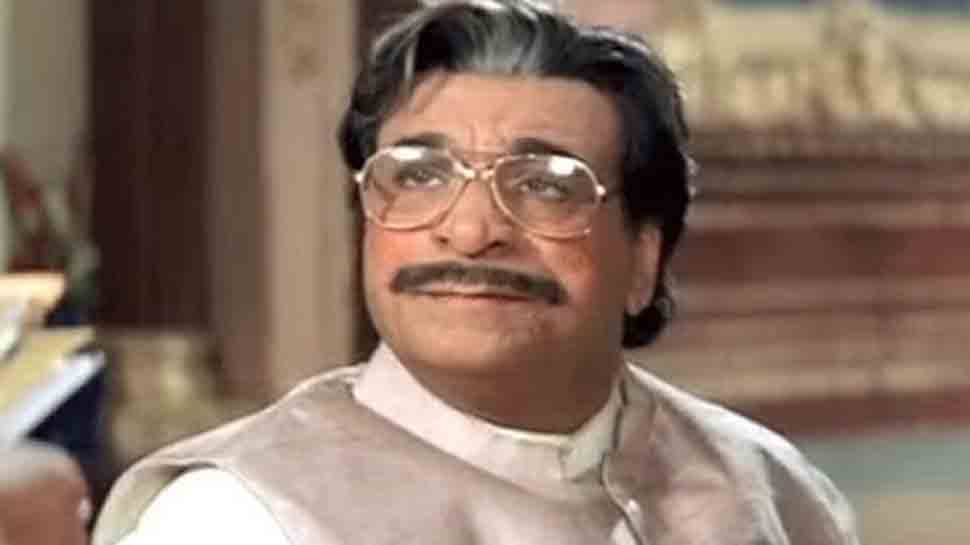 New Delhi: The last rites of veteran actor-writer Kader Khan, who died on New Year's Eve, was carried out on Wednesday in Meadowvale cemetery in Canada. The last rites was attended by several Aghan community members, including his three sons, who paid their tribute to the late actor. Kader died after a prolonged illness at a hospital in Canada. He was 81.

Canada: #Visuals from veteran actor & screenwriter Kader Khan's funeral ceremony held in Mississauga yesterday. He passed away at the age of 81 in a hospital in Toronto on January 1 pic.twitter.com/08TPt8AWMg

"The last rites will be performed here in Canada as we have our entire family here. He (Khan) is going to be buried at approximately 2:30 pm as per Canadian time at Meadowvale cemetery," Kader's son Sarfaraz had told PTI earlier.

The whole of Bollywood is mourning the death of the legendary actor. Actor Govinda, who worked with Kader in several hit films in 90s, expressed his grief on his demise. Posting a photo with Kader from 1998 released 'Dulhe Raja', Govinda wrote that he was not just a mentor but also a father figure to him.

Govinda also mentioned how all the actors he worked with eventually attained superstardom. "RIP Kader Khan Saab.
He was not just my "ustaad" but a father figure to me, his midas touch and his aura made every actor he worked with a superstar. The entire film industry and my family deeply mourns this loss and we cannot express the sorrow in words," he tweeted.

RIP Kader Khan Saab.
He was not just my "ustaad" but a father figure to me, his midas touch and his aura made every actor he worked with a superstar. The entire film industry and my family deeply mourns this loss and we cannot express the sorrow in words.#ripkaderkhansaab__ pic.twitter.com/NISPM1UMs1

Govinda and Kader made one of the most adored on-screen pairs of 90’s Hindi cinema. They did films like 'Dulhe Raja', 'Sajan Chale Sasural', 'Coolie No. 1', 'Aankhen', 'Haseena Maan Jayegi' and many more.

Kader was reportedly suffering from progressive supranuclear palsy, a degenerative disease that causes loss of balance, difficulty in walking and dementia.

Born in Kabul, Kader's family migrated to Mumbai when he was a year old.

Kader went on to write dialogues for over 250 films, including some of the biggest blockbusters of the '70s and '80s such as Dharam Veer, Ganga Jamuna Saraswati, Coolie, Desh Premee, Suhaag, Parvarish, Amar Akbar Anthony, Sharaabi, Lawaaris and Muqaddar Ka Sikandar.

He was equally prolific as an actor after making his screen debut in 1973 with Rajesh Khanna’s Daag. He featured in a variety of character roles in over 300 films.