Kajol: Never asked for anything from Maa Durga

Actress Kajol, who is a devoted follower of Goddess Durga, doesn't believe in asking for favours from any deity. She adds that whatever god has given her is more than enough. 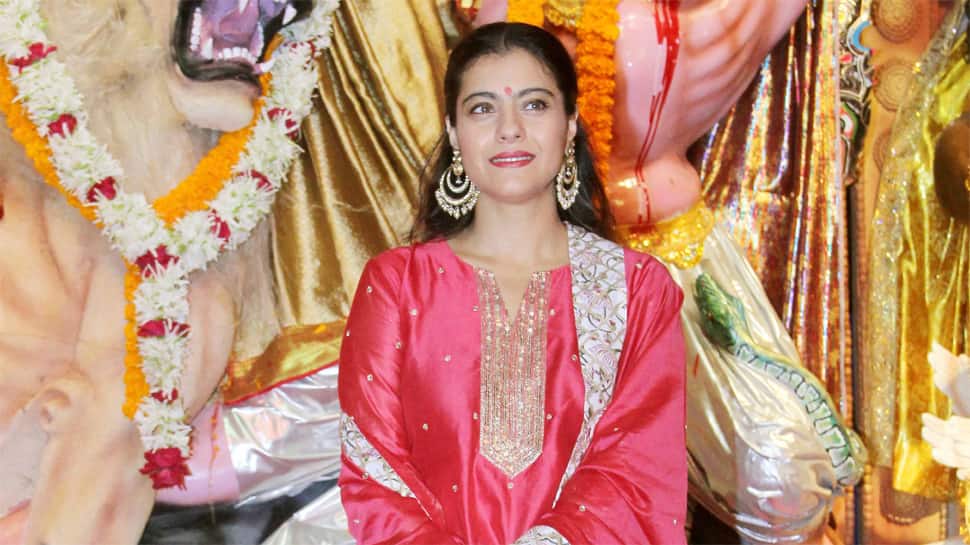 Mumbai: Actress Kajol, who is a devoted follower of Goddess Durga, doesn't believe in asking for favours from any deity. She adds that whatever god has given her is more than enough.

Kajol was interacting with the media at North Bombay Sarbojanin Durga Puja where she turned up to seek blessings of the goddess along with her mother Tanuja and sister Tanishaa Mukerji on Friday in Mumbai.

The North Bombay Sarbojanin Durga Puja, known as one of the oldest Durga Puja pandal in Mumbai, has been organising the Puja over past 71 years.

Sharing her feeling attending Durg puja, Kajol said: "We are ardent followers of Ma Durga and we celebrate the Navratri festival with joy and passion. I think Ma is biggest among all. We have a lot of fun celebrating this festival and we do service to her diligently over these nine days."

Kajol has been one of the most successful actresses of Bollywood and she is married to actor Ajay Devgn. The couple has two kids -- daughter Nysa and son Yug.

Asked what she asked for from the deity in her prayers, Kajol said: "I never ask anything from Goddess Durga. Whenever I visit a temple or seek blessing of any god I feel, more than asking for anything, we should be grateful for whatever they have given us."

Kajol's mother, actress Tanuja, said: "I feel traditions of our country are really important and if we don't follow them, what's the use of being an Indian? I feel Ma Durga is the mother of all. My mother-in-law taught me that spreading love among each other is the most important thing. This festival brings all of us together. There is atmosphere of love over these nine days. No one thinks ill about each other and no is jealous of each other. We don't discriminate anyone on the basis of religion or caste. Everyone gets warm welcome here."

Kajol will next be seen opposite husband Ajay Devgn in their home production "Taanaji: The Unsung Warrior". The film also stars Saif Ali Khan.

Parineeti Chopra: Scuba diving is like detox program for me