The Chief Minister made the announcement on Friday during a meeting to review development projects of the Meerut Division, comprising Meerut, Ghaziabad, Bulandshahr, Hapur, Baghpat and Gautam Buddh Nagar districts. 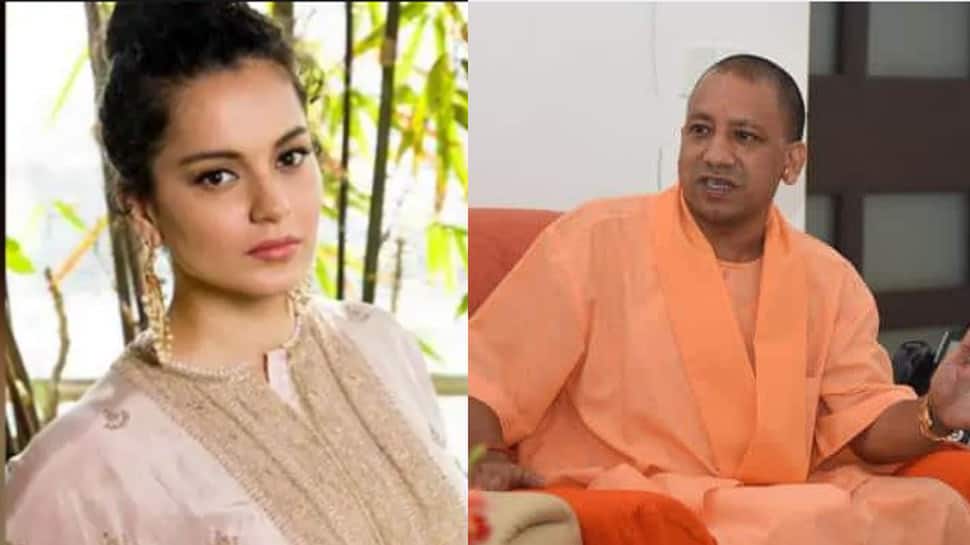 Kangana mentioned, "I applaud this announcement by @myogiadityanath ji.We need many reforms in the film industry first of all we need one big film industry called Indian film industry we are divided based on many factors, Hollywood films get advantage of this. One industry but many Film Cities."

She further mentioned, "People’s perception that top film industry in India is Hindi film Industry is wrong. Telugu film industry has ascended itself to the top position and now catering films to pan India in multiple languages, many Hindi films being shot in Ramoji Hyderabad."

The Chief Minister made the announcement on Friday during a meeting to review development projects of the Meerut Division, comprising Meerut, Ghaziabad, Bulandshahr, Hapur, Baghpat and Gautam Buddh Nagar districts.

"The CM, while addressing a review meeting, announced to set up the biggest and most beautiful film city of the country in Gautam Buddh Nagar. He instructed officials to search for a suitable land in or around Noida, Greater Noida or Yamuna Expressway and prepare an action plan," an official statement said.

My writings are usually inspired by my surroundings: TV actor Sourabh Raaj Jain