Earlier, Kangana had targeted Ranbir for not commenting on social issues 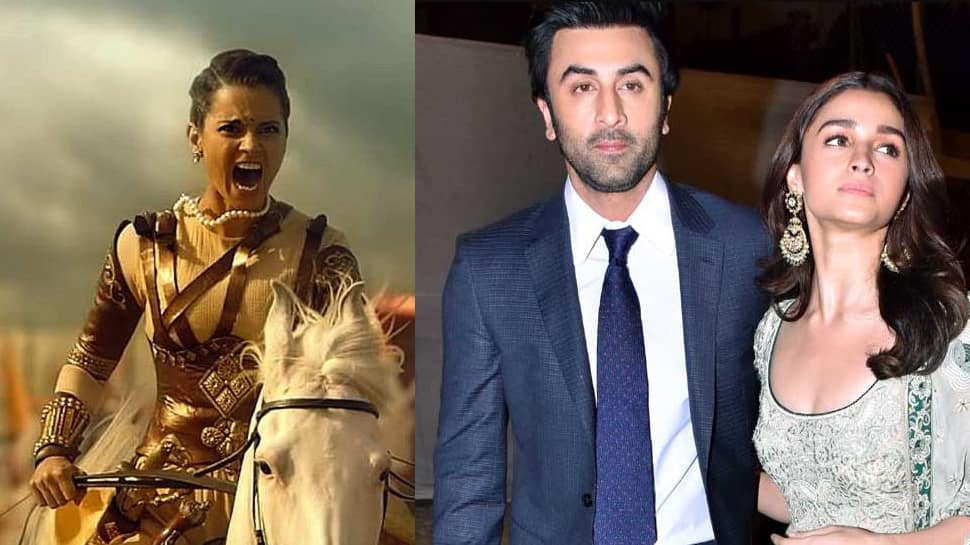 New Delhi: Bollywood actress Kangana Ranaut, in a no-holds-barred interview, has launched a fresh attack on filmmaker Karan Johar, Alia Bhatt and her rumoured beau Ranbir Kapoor. The actress has alleged that they are not concerned about the country.

Commenting on Ranbir and Alia's age, Kangana told Mid-Day, “And what is this thing of calling them young, Ranbir Kapoor is what 37 years old, young kid of the generation and Alia Bhatt just turned 27, my mother had three children at 27. This is absolutely unfair… bacche hai ki dumb hai ki kya hai.”

Earlier, Kangana had targeted Ranbir for not commenting on social issues. “These are people who feel absolutely exclusive, saying one has nothing to do with the rest of India. This is the kind of attitude that Karan Johar and gang thrive on. And a lot of negative PR about me has been happening from these people. Maybe you don’t know, but I know who gives out news [about me]. That’s why whenever I do something; it is to put them in their place, " she said.

Kangana delivered a hit with Manikarnika: The Queen of Jhansi. The film garnered over Rs 152 crore at the Box Office. The actress is now prepping up for another biopic of late politician-turned-actress J Jayalalitha. If reports are to be trusted, Ranuat has been offered a whopping amount of Rs 24 crore.

The film is being written by K V Vijayendra Prasad, who has written films like Baahubali and Manikarnika and will be produced by Vishnu Vardhan Induri and Shaailesh R Singh.